Turn That Noise Down - Tanita Tikaram 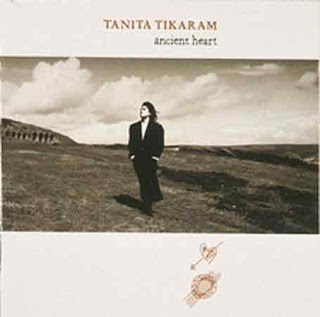 So many well-known albums turn 30 this year and Steve Taylor-Bryant and Susan Omand travel back to 1988 to revisit some of the sounds of their youth that made parents shout "Turn that noise down!" This week, Susan finds she has an Ancient Heart...

“Whatever happened to Tanita Tikaram?”

That was my thought when I saw her debut album, Ancient Heart, come up on our list of 30 year old releases this month. It turns out (Google is my friend) that she’s still on the go and very much still in the music business, with an album released just last year. So that’s something to get added to the “to listen” list very shortly.

For now though, let’s go back to where it all began, which was also the pinnacle of her chart/commercial success before she found and grew into her folk niche. The album Ancient Heart contains the singles that you will know, A Good Tradition and Twist in My Sobriety, along with two that were singles that you may not be so familiar with, The World Outside Your Window and the beautiful Cathedral Song. But the rest of the album is just as great and feels as fresh today as it did 30 years ago because, as both singer and songwriter, Tanita Tikaram has a timeless quality.

Her voice on this album reminds me of both Leonard Cohen (just knock Valentine Heart down an octave and you’ll see what I mean) and Tracy Chapman (especially Poor Cow – not an insult, that’s the name of the song), it has that natural raw edge which, this being her debut, hasn’t been overly polished yet and is the better for it. If you listen closely there are times when she is just off the tune played by the instruments but then the song turns into melodic, spoken-word poetry and works so very well. In fact, all her music and lyrics, and her performance of them, evoke the story-telling qualities of good Celtic music, there are no frills and trills, just a slight variance in voice over a heartfelt melody. I’ve mentioned Celtic and folk music but her work on this album crosses many genres, with Sighting Innocents tending more towards country and For All These Years (to my mind the weakest track on the album) being very 1980s in its sax-heavy instrumentation, as she searched for and found her own audience.

So yes, I will be interested to see how her newer work stacks up because, with Ancient Heart, Tanita Tikaram had very solid foundations to build from.