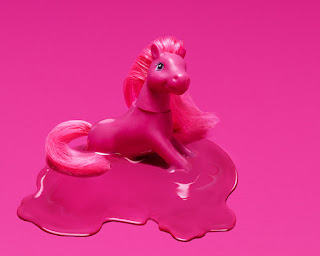 Heads may roll after Tony Cross watched the new production of Salome by English National Opera...

When the lights went down at the end of Salome and the applause began, including a shout or two of bravo I found myself – not for the first time – feeling like I was out of touch with the rest of the people around me. I couldn’t raise more than a half-hearted clap or two. And that was for the singing. Because I really didn’t enjoy this.

It’s an hour and three quarters long without an interval. I suspect if it had an interval that would be the moment at which point a number of the audience might have fled the building. I certainly would have done. But I was here for the duration. I’d paid my money and I was going to suffer for someone else’s art.

It isn’t the music, which I enjoyed mostly. It isn’t the singing, which sounds fine to my inexpert ear. Better than fine. It is the production itself, which is wanky intellectual frippery of the highest order. It’s not Biblical epic. It’s not contemporary timey-wimey. It’s panto chic. Herod as Santa leering over Salome who is played as a teenager whose response to being turned down by the bloke she fancies is to demand his head on a silver platter. Something Salome gets quite insistent about in song, but which this production turns into handing her his head in a plastic bag to which Allison Cook as Salome emotes beautifully (and weirdly.) Maybe because I was up in the cheap seats but the lack of silver platter was a disappointment, but not as much the whole head in a plastic bag thing. If you’re going to get a singer as good as Cook to sing about not being able to see Jakanaan’s eyes now he’s snuffed it then you don’t want someone in the audience thinking ‘well, that’s because his head is IN A PLASTIC BAG!!!’

And I have never felt more embarrassed for a set of performers than I have as poor Allison Cook performs Salome’s dance. The dance for which Herod (Michael Calvin) has promised Salome whatever she wishes. Even if it was half his kingdom. Herod’s a creep. He’s got his eyes on Salome, even though she’s his wife’s daughter. Salome agrees to dance. At this point the music is great. There’s no singing. But it has a sinuous warmth about it that makes what follows even more embarrassing. Salome’s dance is basically a bit of slow moving about, the waving of a stick and one or two moments of pretending the stick is a dick. You might as well watch Cook walk around in circles. Meanwhile four professional dancers are reduced to, well, wasting a lot of energy jerking about in a fashion that might be Beyoncesque (if that were such a word.)

Perhaps the tedious nature of Salome’s dance is deliberate. Perhaps not. Whatever it was by the time it was half-way through I was in danger of dying from a terminal embarrassed cringe.

By all accounts when Richard Strauss put on the first performance of Salome in 1905 it was a radical both in content – based as it was on the Oscar Wilde’s play – and in style. It was a deliberate break with the Wagnerian traditional. This production probably thinks it is radical but is just plain dumb.

I hate writing this because the cast do a fine job in their parts. Cook and Calvin, who with Susan Bickley (Herodias) and David Soar (Jakanaan), do most of the singing are wonderful singing. It’s just the flaws of the production made it a painful experience for me personally.

And that’s possibly the point. A lot of the audience seemed to like it a lot and I’d love to talk to the director, Adeno Jacobs, about why she made the choices she made. Fundamentally you should go see this yourself and make up your own mind. What isn’t my cup of tea might well be yours and, in the end, all the above is just a long-winded way of explaining why this production of Salome isn’t my cup of tea.

Perhaps I was spoiled because a couple of years ago I saw a magnificent version of Salome – as a play not an opera - by Yaël Farber at the National Theatre, which did interesting and radical things with the story without making me dislike it.

Anyway, I’m done. I’m sorry I didn’t enjoy this. I hope it is my fault.


Salome is on at the London Coliseum until 23rd October. Find out more and book tickets HERE.