News - Porgy & Bess at the ENO 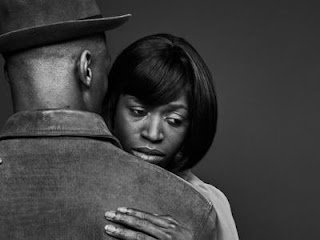 English National Opera presents the first ever staging of Porgy and Bess in the company’s history, opening on Thursday 11 October at 7.30pm for only 14 performances...

One of the great landmarks of twentieth century music theatre, featuring some of the most iconic genre-straddling music ever written, Porgy and Bess will in October be presented in a new production for the first time in English National Opera’s history. Rarely seen in a full operatic staging, this is the first such major new production of George Gershwin’s masterpiece seen in London since the 1980s.

James Robinson, Artistic Director at the Opera Theatre of St. Louis, will direct this, a co-production by ENO, Dutch National Opera and the Metropolitan Opera, New York. The 1935 “folk opera” will be presented anew in a realistic and hard-hitting account of life in the African-American communities of the 20th century Deep South. Baritone Eric Greene and Soprano Nicole Cabell take the title roles with one of the most popular conductors at work in the UK today, John Wilson, making his house debut.

Porgy and Bess tells the story of disabled beggar Porgy and his love for Bess as he tries to rescue her from the influence of her abusive lover Crown. With songs including “Summertime” and “I Got Plenty o’ Nuttin” and “I Loves You Porgy”, material from the opera has been reinterpreted by jazz and popular singers for decades.

The ensemble of 40 singers, portraying the residents of Catfish Row, were specially brought together for the project, and will also appear with Dutch National Opera for the performances in 2019. This ensemble will join ENO’s own Chorus for the performances of Benjamin Britten’s War Requiem later in the season.

Celebrating the company’s ongoing work with young people and the community, young people from the ENO Baylis youth programme will sing on stage of the London Coliseum on 27 October at 6.15pm before the performance of Porgy and Bess. Chief Executive Officer Stuart Murphy comments:

“As ENO continues to grow and more clearly demonstrate our public value, ENO Baylis will become an ever more significant part of what we do. I am delighted that, for the first time, an ENO Baylis performance will take place just before a performance on main stage. We need ENO to continue to be daring and try new things. It’s why we are here and is what makes us different.”

American baritone Eric Greene sings Porgy, in his second performance at ENO after his ‘truly inspiring’ (Bachtrack) Janitor in Between Worlds in 2015. Other performances in London include his ‘genuine tour de force’ (The Guardian) as Martin Carter in the premiere of The Knife of Dawn at the Roundhouse in 2016.

Bess is sung by soprano Nicole Cabell, BBC Cardiff Singer of the World 2005, who makes her ENO debut. Much in demand around the world: ‘hers is among the most alluring voices around’ (Opera Magazine), she last sang Bess with the Sydney Symphony Orchestra in 2016.

Soprano Latonia Moore, who makes a very welcome return to ENO after her much-lauded debut in the title role of 2017’s Aida (‘a glorious performance’ – The Arts Desk), sings the bereaved Serena. Crown is sung by Grammy Award-winning baritone Nmon Ford in his ENO debut.

Brixton-born soprano Nadine Benjamin makes her ENO debut as Clara, also marking her debut as an ENO Harewood Artist. A fast-rising operatic star, she sang the Countess in ETO’s The Marriage of Figaro earlier in 2018. She will return to sing Musetta in La bohèmelater in the season.

American tenor Frederick Ballentine sings the dope peddler Sportin’ Life in his UK debut. In his native US he is a Washington National Opera Domingo-Cafritz Young Artist. Donovan Singletary sings Jake, formerly praised as ‘excellent’ (Opera News) in the role when he performed it for Seattle Opera in 2011.

Chaz’men Williams-Ali sings Robbins and Tichina Vaughan sings Maria in their ENO debuts. Peter is sung by Ronald Samm, known for singing the title role in Otello for Birmingham Opera Company and Opera North, also in his ENO debut.

James Robinson is Artistic Director at the Opera Theatre of St. Louis, known in the US for his much-praised productions of John Adams’ The Death of Klinghoffer (2011) and Nixon in China (2004), the latter of which has toured across the country. His prolific output in the US has led to his being called ‘one of the busiest men in opera’ by Opera News. We are delighted that James is making his UK debut with English National Opera.

English conductor John Wilson takes to the pit for his house debut with the ENO Orchestra. Best known at the head of the John Wilson Orchestra, his performances of Gershwin have been called ‘the greatest show on earth’ by The Spectator. The JWO has been a fixture of the Proms for years, garnering numerous five-star reviews.

Choreography is by Dianne McIntyre, a legend of American dance whose career spans 50 years of Broadway, West End, and dance productions across the US. Winner of numerous awards and fellowships, she is known for her pioneering of African-American theatre alongside Ntozake Shange in for colored girls…. in which she helped develop the choreopoem form.