Turn That Noise Down - Bad Company 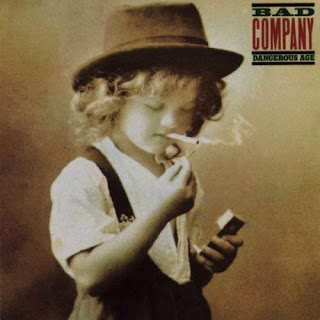 So many well-known albums turn 30 this year and Steve Taylor-Bryant and Susan Omand travel back to 1988 to revisit some of the sounds of their youth that made parents shout "Turn that noise down!" This week Steve finds himself at a Dangerous Age with Bad Company...

I vaguely remember being quite a fan of Bad Company during my younger days, I hadn’t yet got to the heavier aspects of rock music like most of friends. I was still stuck in that bluesy era of slow 4/4 with raunchy smoky vocals, screaming guitars and almost choral harmonies as a chorus started. Listening back to Dangerous Age now I’m 43 I’m not quite as impressed as I was when I was 13 but they are one of those bands that you can’t hate. There is a template for this kind of music and Bad Company follow it flawlessly. It’s maybe that the sound is of its era and my head isn’t in that era anymore.

One Night starts the album and is instantly recognisable, almost an anthemic reminder of late ‘80s blues rock. The problem comes when track 2, Shake it Up, does exactly the same things as the opening song. Track 3 No Smoke Without a Fire tries to be different at the start before quickly falling in line with the template and Bad Man, despite a small tempo change and more acoustic guitar sound is reminiscent of a television show intro from the ‘80s. Bad Man could be the theme to a cop show that has a grizzled detective that plays outside the rules.

Dangerous Age, the titular 5th track is slightly better and I’d imagine would be a great track to hear live but the sexualisation of a 16 year old girl wasn’t a great song topic then and really isn’t now. Moving on to Dirty Boy and we are 6 tracks in and they honestly could be one very long song, Rock of America starts like an AC/DC tribute act before slipping into middle of the road terrortry, I think my problem is that songs like Rock of America need a Brian Johnson or Axl Rose type voice and Brian Howe sounds too nice. He’s not a believable front man. Something About You is the obligatory ballad and is okay but isn’t really better than an Every Rose Has It's Thorn or something similar.

The Way That it Goes, Love Attack, and Excited close out the record with only Love Attack offering anything remotely different to what’s come before and even then it’s still the same template as the rest of Dangerous Age. I can’t knock the album too much, it’s flawless in its production and is the epitome of doing what it says on the tin. It’s a Bad Company record and a good one but it doesn’t age as well as other records of the year. You still queue for tickets to see Guns N Roses at a stadium hoping they play the entirety of Appetite, but you wouldn’t queue for Bad Company at your local drinking establishment. Good at the time, done better since and hasn’t aged well at all. Where was a Feel Like Makin' Love? Did the 1980’s really take all the magic out of bands? I may have to rethink my love of the decade.