News - Season of Sound at The British Library 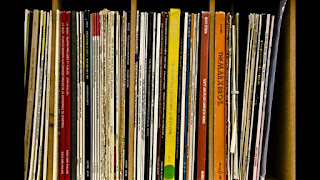 The British Library has announced its second Season of Sound, an eclectic celebration of the vast and diverse collections of the Library’s Sound Archive, running from September to December 2018. Here's what's on when...

The Season of Sound is part of the British Library’s Save our Sounds programme, which was launched in 2016 to address the threat to the nation’s sound collection by digitising those rare, unique or fragile recordings which are most at risk, as well as delivering online resources and a vibrant programme of activities across the UK in partnership with ten hub organisations, connecting people with their audio heritage. Save Our Sounds is also investing in new technology to ensure the long-term preservation of published audio recordings and broadcast radio for generations to come, for research, inspiration and enjoyment.

Highlights of the second Season of Sound include


Pop group Saint Etienne’s only UK performance of 2018
A live orchestra celebration of ‘library music’ by the KPM All Stars
Studs Terkel in Britain – rare oral history recordings by a giant in the field
Shhh! Silent Disco at the British Library with Time Out

The British Library Sound Archive is an extraordinary collection of over 6.5 million recordings of speech, music, wildlife and the environment, from the 1880s to the present day.

The Season of Sound is generously supported by Bowers & Wilkins, who are donating audio equipment and speakers to the Library to ensure that the live and recorded sounds featured at these events can be enjoyed at the best possible quality.

“At Bowers & Wilkins we carry on the mission of our founder John Bowers, to preserve the pure integrity of sound as originally expressed,” said Bowers & Wilkins Vice President of Marketing Jeff Connors. “The British Library’s Save our Sounds program has captured important sounds that are a meaningful part of our history. We are honoured to deliver those sounds in their truest form to help keep that history alive today.”

Save our Sounds has been generously supported by Heritage Lottery Fund and trusts, companies and foundations including major grants from Garfield Weston Foundation and Foyle Foundation. 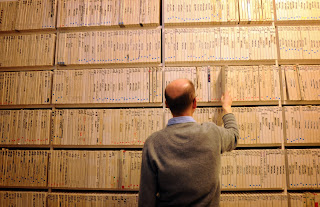 Save our Sounds! How the British Library is Unlocking Our Sound Heritage
Monday 17 September 19.00 – 20.30

Curators and sound archivists explore Britain's amazing sound heritage, and show how it is being saved for posterity before it’s lost forever.

Studs Terkel was one of the great figures of American oral history and radio, famed for such publications as the Pulitzer prize-winning The Good War and Hard Times. This special event, organised in association with the Studs Terkel Radio Archive, looks at Terkel’s less familiar British recordings from the 1960s and 70s with such figures as Eleanor Bron, James Cameron, R D L Laing and Jonathan Miller, and considers what they say about a changing British society.

Shhh! Think of the books! Celebrate our second Season of Sound (in silence, please). Pick your channel and choose your side as three DJs battle it out over separate wireless channels – with some gems from the Library’s sound archive thrown into the mix. It's time to don your headphones, ignore the librarian, and dance the night away amongst the books. 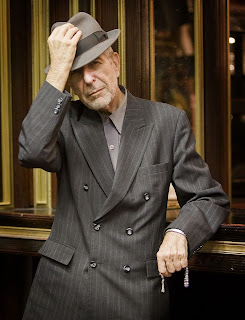 Discover the last word from the late, great Leonard Cohen on National Poetry Day. The Flame was written in the months before Leonard Cohen's his death in November 2016. It showcases Cohen's full range of lyricism, combining poetry, illustrations and writings from his notebook. We celebrate Leonard Cohen's life and work with an evening of readings and discussion with fans of his work from the worlds of both music and literature, showcasing his final collection. 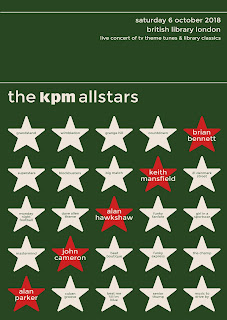 The Extraordinary History of Library Music plus the KPM All Stars Live
Saturday 6 October 16.45 – 22.45

‘Library music’ has produced some of our most-loved, most-heard and most-famous pieces of British music. The rousing introduction to Grandstand, the themes to Mastermind or Wimbledon, and the afternoon quirkiness of the Grange Hill music. Made for TV and radio, often as background music – these are glorious, perfect pieces of pop, and the KPM label is their finest home. Join star KPM composers Alan Hawkshaw, Keith Mansfield, Brian Bennett, John Cameron, Alan Parker and their big band for a night of this astonishing music. Plus a premiere screening of Shawn Lee’s ‘The Library Music Film’, a feature length documentary with all the Library music luminaries, plus a talk with some famous fans and the musicians themselves.

As evangelists of the album format since 2010, Classic Album Sundays allows the listener to hear music contextually, communally, uninterrupted and in great sonic detail. BBC 6music host, Colleen 'Cosmo' Murphy introduces another definitive album for your listening pleasure in the lead up to the British Phonographic Industry’s first ever National Album Day. 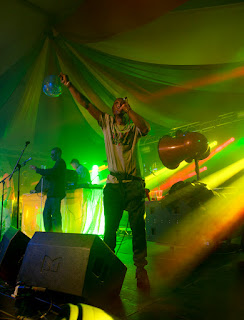 A classic reggae party to celebrate Trojan Record’s 50th anniversary and round off the British Library’s Windrush Season. Expect a night of roots, dub, ska, lovers and rocksteady featuring some of London’s best sound system vocalists and special guests supported by female collective Sisters of Reggae. 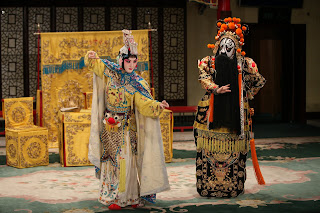 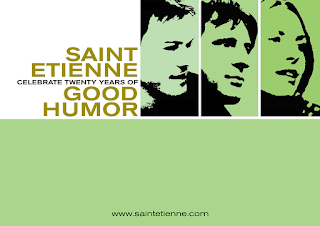 Saint Etienne (Sarah Cracknell, Bob Stanley and Pete Wiggs) are one of Britain’s best loved and most inventive groups. Their classic pop sensibility informs music that spans electronica and dance, film soundtracks, European chanson, and reflections on the culture and landscape of Britain. For their only UK show in 2018 show they perform the one of their finest albums, Good Humor, in its entirety to celebrate its twentieth anniversary, as well as a selection of other favourites.

Sound artists, musicians and audio researchers present their most recent explorations into the world of recorded sound. Curated by Ella Finer.

Seminal composer and musician Jason Moran reflects on the practice of writing and performing forgotten black histories through jazz. The talk includes live performances of selections from his work, including latest project James Reese Europe and the Absence of Ruin on WWI African American military jazz band, the Harlem Hellfighters.


The full season of events will be on sale for British Library Members from 3 September 2018 and on general sale from 10 September 2018.