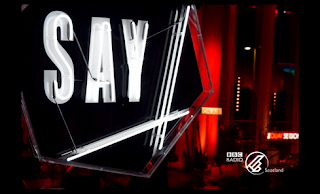 The shortlist got announced on Friday evening for this year's Scottish Album of the Year (SAY) award...

The Shortlist for The SAY Award 2018, showcasing albums created by artists living and working in Scotland, is as follows (see below for more information on each of the albums and to listen to some of the tracks):

Launched in 2012, The SAY Award celebrates and champions the best of Scottish music by awarding the most outstanding Scottish albums released each year whilst recognising creativity and artistic endeavour encompassing a broad spectrum of musical genres. Respected by artists and valued by the industry, it is responsible for a surge in musical discovery and an explosion of impassioned debate on social media. Previous SAY Award winners are Sacred Paws’ ‘Strike A Match’ (2017), Anna Meredith’s ‘Varmints’ (2016), Kathryn Joseph’s ‘Bones You Have Thrown Me And Blood I’ve Spilled’ (2015), Young Fathers’ ‘Tape Two’ (2014), RM Hubbert’s ‘Thirteen Lost & Found’ (2013) and Bill Wells & Aidan Moffat’s ‘Everything’s Getting Older’ (2012).

This year's Shortlist was chosen by a highly-respected panel of judges including Strawberry Switchblade’s Rose McDowall, BAFTAaward-winning film maker Lynne Ramsay and curator of National Museum Scotland’s ‘Rip It Up: The Story of Scottish Pop’, Stephen Allen. Each Shortlisted album has automatically won a guaranteed £1,000 prize, with the winning album (decided on the night of the Ceremony) being awarded £20,000. The 72-hour voting window, which closed at midnight on Wednesday, saw a record number of Public Votes being cast by engaged music fans, all hoping to secure their favourite Longlisted album a place on the 2018 SAY Award Shortlist. The winner of the Public Vote was Franz Ferdinand for ‘Always Ascending’.

The Shortlist was exclusively revealed on Friday evening at a special BBC Radio Scotland Quay Session hosted by Roddy Hart. The live show and broadcast included previews of new material from pop-duo Sacred Paws whose debut album, ‘Strike a Match’, won the coveted SAY Award in 2017. Also performing was Lomond Campbell (Longlisted in 2012 for Found’s celebrated album ‘Factorycraft’), and Dunfermline’s finest post punk quintet The Skids, famous for ‎their hits ‘Into the Valley’, ‘Working for the Yankee ‎Dollar’ and ‘Masquerade’.

Alan Morrison, Head of Music at Creative Scotland said “Scotland’s world-class music is driven by the diversity of the artists who make it, and this year’s SAY Award shortlist shines a spotlight on the breadth of talent we have living and working here. These ten albums contain music that will touch the listener’s heart or set their feet dancing – sometimes both at the same time. They draw in influences from near and far, as pop hooks, folk melodies, international rhythms and post-rock firepower paint a widescreen portrait of what Scottish music can be in the 21st century. Creative Scotland is proud to support an award that embraces such a dynamic group of musicians, veterans and newcomers alike.”

Paul Thomson of Franz Ferdinand added "This year has been a particularly good one for music coming out of Scotland and the SAY Award longlist and shortlist reflects that. We’re delighted to be up there with the hard hitters.”

The final award ceremony takes place on Thursday 6th September in the elegant surroundings of Paisley Town Hall, with support from Renfrewshire Council.

MORE ABOUT THE SHORTLIST 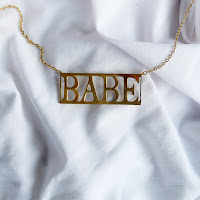 BABE, Glasgow’s premier secret party band, are back after a two year absence with new album ‘Kiss & Tell’, the follow-up to the often unclassifiable, yet class, 2014 debut ‘Volery Flighty’.The band, made up of singer-leader Gerard Black, guitarist Thomas Ogden, bassist Amaury Ranger (Francois and the Atlas Mountains) and new drummer/producer John Baillie Jnr (Bossy Love) have regrouped and refocused to deliver a record as much for the quiet hours as it is for the house party. 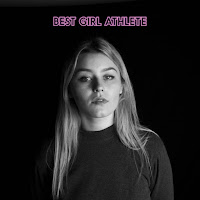 Best Girl Athlete has been born out of the non-conventional manner in which many people now consume music - collecting individual offerings, rather than whole albums. Consequently, each song here stands alone as a single offering with lyrically intriguing, musically accomplished depth that will draw on audiences from across the board. 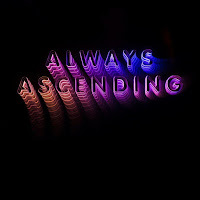 A triumphant recasting, Franz Ferdinand's ‘Always Ascending’ is as exuberant as it is euphoric, bursting with fresh ideas born of what Alex Kapranos calls “aggressive sonic experimentation”. With the help of producer Philippe Zdar (Cassius, Phoenix, Beastie Boys), Kapranos and co. took a knife to their old canvas, producing an album that is so foreign in its familiarity it could only be current. A sound that the singer refers to as "simultaneously futuristic and naturalistic”. 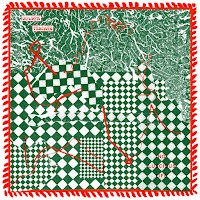 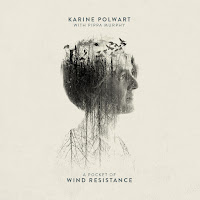 Karine Polwart With Pippa Murphy 'A Pocket Of Wind Resistance’:

‘A Pocket Of Wind Resistance’ is the studio adaptation of Karine Polwart's award- winning theatre show which premiered at Edinburgh International Festival in 2016. From the first note to the final, pulsing heartbeat, it is not merely an album of songs but an hour of music, field-recording, song and spoken word. It won The Scottish New Music Award For Innovation In Music and was chosen as Best Album of 2017 by Songlines Magazine and BBC Radio 3’s Late Junction. 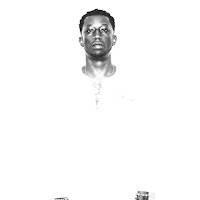 ‘Gold’ sonically takes the listener on a journey, mashing Kobi’s Ghanaian heritage with hip-hop undertones. Kobi wanted to capture the feel of traditional highlife and afrobeat rhythms of the 1960’s and 70’s using percussions and brass melodies. The call-and-response structure of the songs demand the listener to be a part of the experience. The verses can be choruses, the choruses are chants. He wanted the album to feel as authentic as possible in content and texture. It’s an almost wistful echo of a yearning for home and originality that somehow has its roots in the past and present simultaneously. 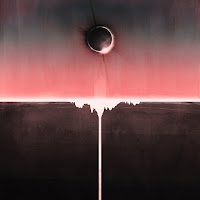 ‘Every Country’s Sun’ is Mogwai’s 9th studio album giving them their 2nd Top 10 Album Chart placing. The recording saw them reuniting with producer Dave Fridmann for the first time since 2001’s acclaimed ROCK ACTION LP; Fridmann also worked with the band on Come On Die Young (1999). It was recorded at Fridmann’s Tarbox Road Studios in Cassadaga, New York. 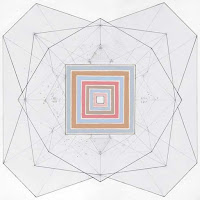 Out Lines ‘Conflats’: Singer, songwriter & musician Kathryn Joseph, James Graham of The Twilight Sad and long-time musical partner of Kathryn's, Marcus Mackay came together for ‘Out Lines’, a project based on conversations they had with visitors to Glasgow's Platform. The outcome the stunning album ‘Conflats’, a gorgeous set of songs inspired by stories of hardship and sorrow, redemption and hope. 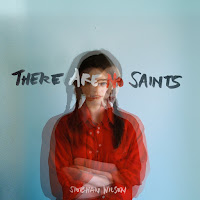 Siobhan Wilson ‘There Are No Saints’: 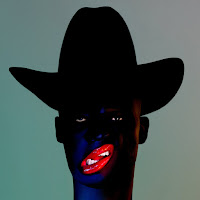 Formed in Edinburgh in 2008 by Alloysious Massaquoi, Kayus Bankole and Graham 'G' Hastings. In 2012, they released their introductory mixtapes, Tape One and Tape Two. The trio then signed to Big Dada and released debut album, ‘Dead’, in 2014. Following an extensive world tour the band begin work on their sophomore album, ‘White Men Are Black Men Too’, which was released in 2015.