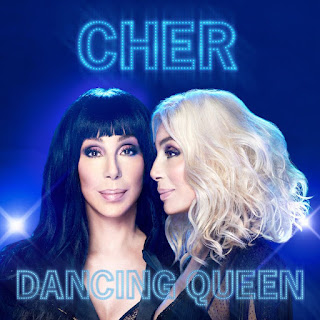 Mamma Mia! At least one of us is saying "gimme gimme gimme" to the new ABBA covers album by the ultimate dancing queen, Cher. Listen to a track from the album...

With the success of her appearance, and cover of Fernando, in the hit film sequel, Mamma Mia! Here We Go Again, Cher has taken a chance on a full album of ABBA hit songs, which is due for release on Sept. 28th.

In a press release about the album, she said, “I’ve always liked ABBA and saw the original Mamma Mia musical on Broadway three times. After filming Mamma Mia! Here We Go Again, I was reminded again of what great and timeless songs they wrote and started thinking ‘why not do an album of their music?’ The songs were harder to sing than I imagined but I’m so happy with how the music came out. I’m really excited for people to hear it. It’s a perfect time.”

Will we be saying thank you for the music or will it be her Waterloo... ok, I'll stop now.