News - British Watercolours: From the Collection of BNY Mellon 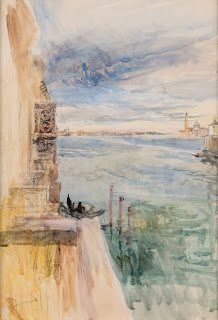 In September, the Royal Academy will present British Watercolours: From the Collection of BNY Mellon in the Tennant Gallery....

British Watercolours will focus on prominent Royal Academicians such as Thomas Gainsborough, JMW Turner, John Constable and Sir David Wilkie, whose works will return to London from the United States for the duration of the exhibition. Highlights will include an 1833 view of Hampstead Heath by John Constable RA; Italian landscape scenes painted in the 1770s by Thomas Jones and John Robert Cozens; an unfinished Study of a Bedouin Arab, 1840s, by John Frederick Lewis RA; and an expressive depiction of Venice by the critic and artist John Ruskin from 1876.

The British drawings and watercolours in the BNY Mellon collection were largely acquired in the 1980s, by the Mellon Financial Corporation, prior to its merger with The Bank of New York in 2007. Mellon’s corporate art collection was established to artistically enhance the workplace and to be enjoyed by its employees and customers whilst bringing an important cultural and educational asset to Pittsburgh, Pennsylvania where Mellon Financial Corporation had its corporate headquarters. 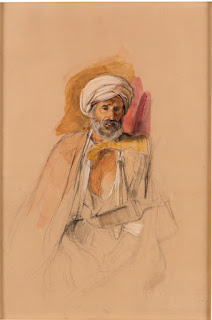 The collection initially consisted of a small group of British paintings but was carefully augmented in the early 1980s with British watercolours and American landscape paintings, with the intention of developing a group of works that would reveal the mutual transatlantic exchange of ideas that took place during the late eighteenth and early nineteenth centuries. The British works in particular reflected the taste of Paul Mellon (1907- 1999), grandson of Mellon’s founder Judge Thomas Mellon (1813-1908) who was one of the most distinguished collectors of British art of his generation.

“BNY Mellon’s longstanding commitment to the arts as part of our global philanthropic endeavours, and in particular our valued and enduring partnership with the Royal Academy of Arts, is a source of great pride to our company,” said Hani Kablawi, Chairman of Europe, Middle East & Africa, BNY Mellon. “We are very honoured to have the opportunity to share with the public some of the key works from our British watercolour and drawings collection, which celebrates the achievement of a distinguished group of British artists who are credited with advancing British watercolour. We hope you enjoy this fascinating and inspiring exhibition.”

The exhibition is curated by Brian Allen, a former Director of Studies at the Paul Mellon Centre for Studies in British Art and a specialist in British art of this period.

British Watercolours: From the Collection of BNY Mellon runs from Tuesday 25 September – Sunday 16 December 2018. To find out more, visit the Exhibition website.

Images - John Ruskin (1819-1900) San Giorgio Maggiore, the Basin of St Mark's and a Balcony of Casa Contarini-Fasan, 1876 - Watercolour over pencil, heightened with gouache with touches of pen and ink 34.3 x 23.5 cm Collection of BNY Mellon; photography by Adam Milliron