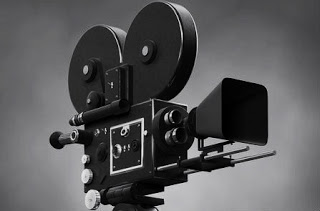 It’s Directors Day over on The DreamCage so Susan Omand picks some soundtrack favourites from the top 5 directors on the list...

What? I listen to soundtracks – you know that already. You have to remember that way back in the day, we didn’t have the luxury of films being available at home about 6 weeks after they hit the cinema. There was easily a gap of about a year before a film went from the cinema to VHS (or, in my case Philips 2000 because my Dad was an early adopter of technology) and even longer before it made it to TV so, to remember the film or, in my case to experience the film before I saw it because I didn’t get to the cinema very much as a kid (I can remember 2 cinema trips before I was 16 and that was it), I listened to the soundtracks and it’s a habit that I never got out of.

So I thought it would be fun to look through the filmographies of The DreamCage top 5 directors and pick my favourite film themes to share with you. The first four selections, for me, were absolute no brainers:

5) The Coen Brothers – I picked The Big Lebowski

When you hear Bob Dylan over the opening credits, you just know you’re going to be in for a great film. The dude abides!

So many great films to choose from but it has to be this music, which was also used in a Jean Luc Godard film (he was no. 40 on The DreamCage Top 60 list btw). This is the end theme of Casino, by which time I’m normally in a very melancholy mess, so Georges Delerue’s Theme de Camille hits the spot every time.


3) Steven Spielberg – I picked Raiders of the Lost Ark

Where do you even start with Steven Spielberg soundtracks?! John Williams is a god as far as music for movies is concerned and there’s so many instantly recognisable themes I could have gone for. But, well, it had to be this one didn’t it?

A film, and a director, way ahead of its time. The use of classical music throughout, rather than using the soundtrack written for the film by composer Alex North, was inspired and inspiring. Just because you’re partway down a road, doesn’t mean you can’t turn off and do something different.

Any time I hear Strauss’ Also Sprach Zarathustra anywhere, this is what I think of.


And… then I kind of got stuck. The number one director on The DreamCage list is Christopher Nolan, whose films are, yes, absolutely stunning. And they are always accompanied by superb scoring work from Hans Zimmer or David Julyan (I saw a comment at one point that said Julyan was Nolan’s indie side, Zimmer was his Hollywood side and that’s true) but, for me, there’s nothing in any of the themes that immediately jumps out and says what specific film it is when you listen to it out of context. I know you’re going to argue with me but just try to recall what the theme to Batman Begins is, or what plays over the end credits of Inception. But I guess that’s exactly what excellent film scores these days are meant to do, they amplify and enhance the action on the screen rather than being a thing in and of themselves because they really don’t need to be. All the themes that I listened to for Nolan’s films DID however sound very Nolan-y, rather than specific to a single film, especially the ones scored for him by Zimmer, as that’s a partnership that just works so well for the screen. This, since you’re probably now racking your brains to remember it, is the theme from Inception.