Turn That Noise Down - Sam Phillips 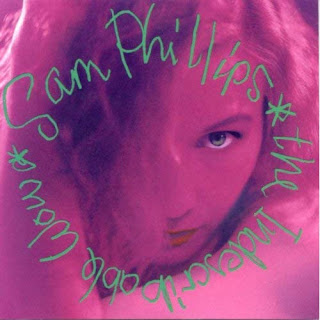 So many well-known albums turn 30 this year and Steve Taylor-Bryant and Susan Omand travel back to 1988 to revisit some of the sounds of their youth that made parents shout "Turn that noise down!" This week Steve gets The Indescribable Wow from Sam Phillips...

I’ll be honest from the outset and tell you I had to Google Sam Phillips as she was not a performer I was familiar with at all. Google informed me she was some kind of Christian Pop artist, not my favourite genre of music, but Mickey Curry was one of the drummers and I’d admired him back in the Bryan Adams days so I took a punt and pressed play.

Firstly, my apologies to Sam Phillips for judging her at first by her record store labelling. The Indescribable Wow is brilliant. It’s not some preachy manual on how to live your life like I, wrongly, thought it would be. Instead, it was just a fantastic and personal collection of wonderfully written songs sung by a very unique voice that I now wish I’d had in my life earlier than this.

I Don’t Know How to Say Goodbye, What Do I Do, and Holding On to the Earth are three big stand out tracks, but Remorse is the song I kept returning to although, as the album title suggests, I can’t describe why.

Sam Phillips The Indescribable Wow is now part of my weekly selection of albums I’ll return to, even if only for one or two tracks during my exercise regime. Such a wonderful voice that really appeals to me.