Turn That Noise Down - Cocktail Soundtrack 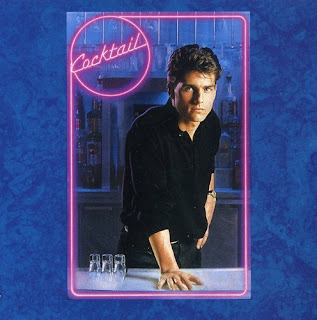 So many well-known albums turn 30 this year and Steve Taylor-Bryant and Susan Omand travel back to 1988 to revisit some of the sounds of their youth that made parents shout "Turn that noise down!" This week, Susan thinks there's always time for a Cocktail...

What? Yes, it’s another film soundtrack. I listened to film soundtracks back in the day, ok? You’ve got to remember that these were the days when you had to wait anything up to a year for a film to come out on video after being in the pictures and even longer for it to come on the telly so, in the meantime, we bought the soundtrack to listen to and help us remember the film. And it was a Tom Cruise film anyway, so any argument you may come up with is invalid.

And what an excellent soundtrack it was! With no track specifically written for the film we got everything from the Beach Boys to Starship. There were covers that added some serious guitar to rock and roll favourites – Georgia Satellites doing Hippy Hippy Shake is a must listen – and originals that didn’t need anything added – Little Richard’s Tutti Frutti still stands up with the best of them. There were songs that sound like something else – Preston Smith I’m looking at you for the Paul Simon rip-off – and songs that couldn’t sound like anything else – the perennially annoying Booby McFerrin song Don’t Worry Be Happy comes to mind.

As a soundtrack, and a look back through some of the hits of the rock and roll era, it has aged well (some may say it has aged better than the actual film but don’t you say that within my earshot) and is very listenable even if you don’t know the film. If I had to pick a favourite track off the album though, it’d be country star Ry Cooder out-Elvis-ing Elvis with his version of All Shook Up.