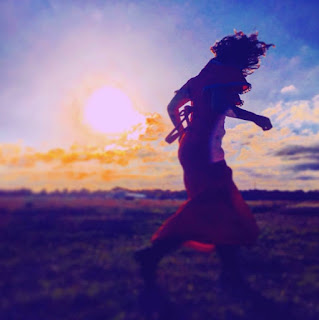 Thanks to the positive side of social media, Susan Omand discovers some new music and listens to Dance My Demon Away, the forthcoming EP by Emily Lee...

You need to know about Emily Lee. Because she is going to be the next big thing in music.

Yes, that’s a huge, and normally flippant, thing to say, but I mean it. A month ago I didn’t know about Emily Lee – it was thanks to one of our contributors pointing us in her direction on Facebook (thanks Robert!) – but now I can’t get her haunting vocal and enthralling orchestration out of my head as I’ve been lucky enough to listen to her upcoming EP Dance My Demon Away.

I’ll be honest, I was kind of expecting a “folky girl with guitar being angsty” thing before I had listened to any of Emily’s music but I was wrong in that assumption, oh so wrong. Yes, there’s a girl and, yes, there’s an acoustic guitar but there’s a hell of a lot more to Emily Lee than that. The best way I think for me to try and describe her music is to ask you to imagine Suzanne Vega at her Tom’s Diner best but singing her own words to the superbly rich backing of Black’s Wonderful Life. Emily’s vocal has that same soft but bell-like clarity as Vega’s with stunning lyrics that creep into the back of your brain and slowly grow to fill it. And her songs are anything but angsty. Even though they deal with heavy themes, like depression and introspection, these are not “poor me” songs, there is a determination there, they are “deal with it” songs that always seem to find an, albeit sometimes cynical, course of action to help her cope. I empathise greatly with the “knuckle under and find a way to get on with it” feeling that I get from her words and I take a lot of positives out of what could seem negative subjects.

But it’s not just the words, and it’s not just the voice. The instrumentation and orchestration is amazing. As well as guitar, there’s piano, there’s strings, there’s even a mellotron (think pre-synth prog rock electronic tape looping) and it’s combined in such an unexpected way that each track is almost soundscaped rather than composed - it keeps you engaged and attentive rather than lulling you into treating it as background noise. And yet, it isn’t dissonant, it isn’t uncomfortable. Instead it’s beautifully melodic. Surprising. Even exciting.

I could do a track-by-track analysis but, really, I want you to discover Emily’s music for yourself. Suffice it to say that the title track of Dance My Demon Away gives me a shiver every time I listen to it and will be in my head for a long, long time.

So yes, you need to know about Emily Lee. Because, soon, everybody else will too.

Emily is launching Dance my Demon Away with a “full band” live event in London on September 1st. Find out more and get your tickets HERE.