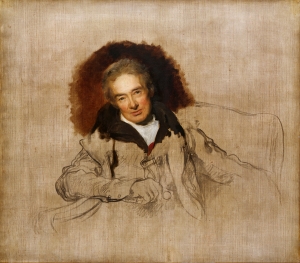 The 18th Century MP William Wilberforce will return to Hull as part of a major new project launched by the National Portrait Gallery in London...

Sir Thomas Lawrence’s famous portrait of the person who led Britain's campaign to abolish slavery and Yorkshire M.P., William Wilberforce will be exhibited in Hull, the place of his birth, for the first time as part of a major new project launched by the National Portrait Gallery, called Coming Home.  Lawrence’s unfinished portrait of Wilberforce was one of the first works acquired by the National Portrait Gallery when it was established in 1856 and was said to capture 'the intellectual power and winning sweetness of the veteran statesman'. The work will go on display in the Ferens Art Gallery in Hull in 2019.

The Coming Home project will see fifty portraits of iconic individuals from the national Collection travel to towns and cities across the UK over the next few years. Dr Nicholas Cullinan, Director of the National Portrait Gallery said, ‘I am delighted to launch such a unique, inclusive and ambitious national initiative. We are extremely grateful to the Department of Digital, Culture, Media and Sport, the Thompson Family Charitable Trust and all those who contributed to the Gallery’s 2017 Portrait Gala for making it possible. We hope that sending portraits ‘home’ in this way will foster a sense of pride and create a personal connection for local communities to a bigger national history; thus helping us to fulfil our aim of being truly a national gallery for everyone, in our role as the nation’s family album.’ 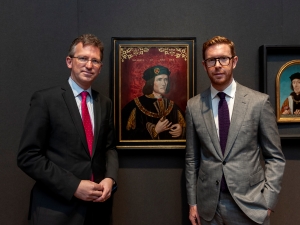 ● The Gallery’s 16th century portrait of Richard III, loaned to the New Walk Museum and Art Gallery in Leicester, the city in which the king was buried

● Emma Wesley’s portrait of Johnson Beharry, who served in the Princess of Wales Royal Regiment and is the first living British person, since 1965, to be awarded the Victoria Cross for his actions in Iraq in 2004, travel to the PWRR & Queen’s Museum in Dover

● Kate Peters’ photographic portrait of Sheffield-born athlete Jessica Ennis-Hill taken in 2012, when Ennis-Hill won the gold medal in the heptathlon with a British and Commonwealth record-breaking score, go on loan to Museums Sheffield

● Tracey Emin’s 'Death Mask' goes on display in Emin’s hometown of Margate for the first time at Margate Library in partnership with Turner Contemporary. 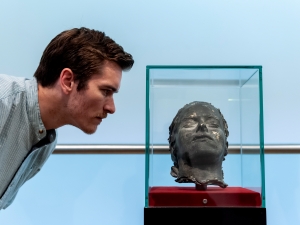 The National Portrait Gallery has been collecting portraits of men and women who have made a significant contribution to British life and history since 1856. As part of Coming Home, the Gallery will be working with local museums, galleries and other venues to help choose portraits that are special to them, providing communities across the country with the opportunity to celebrate their local heroes.

The Gallery has already returned the only known surviving portrait of Charlotte, Emily and Anne Brontë together to its original home at the Brontë Parsonage Museum in Haworth. The painting is on display from 1 June until 31 August 2018 as part of the celebrations marking the 200th anniversary of Emily Brontë’s birth.