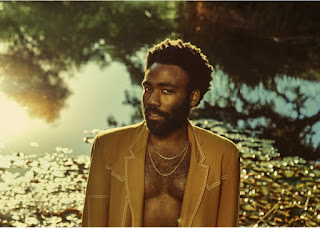 Childish Gambino has released a summer pack of two bright and breezy, brand new songs. Listen to Summertime Magic and Feels Like Summer...


Both tracks were co-written and co-produced by Grammy, Golden Globe and Emmy Award winning recording artist, actor and producer Childish Gambino (aka Donald Glover) and Ludwig Goransson, the same creative team behind This Is America.

Summertime Magic is the first official single from Gambino’s forthcoming debut album with Wolf+Rothstein/Columbia Records. The track is the follow up to Gambino’s “This is America,” which was released during his stint as host and performer on Saturday Night Live, resulting in completely dominating the cultural conversations multiple weeks upon its release.


Currently in Europe this week, he is performing live for the first time since he released new music. Headlining Bilbao festival in Spain on July 12th and Lovebox Festival in July 14th, which takes place for the very first time this year in West London’s Gunnersbury Park, Gambino recently also announced his European headline tour dates in Paris, France at Zenith on October 30th and in London, UK at the O2 Arena on November 4th.