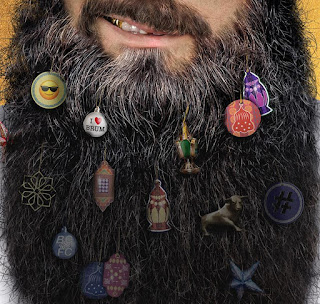 Full casting is announced for the RSC's production of Tartuffe, which plays in repertoire in the Swan Theatre, Stratford-upon-Avon from 7th September...

This brand new version of Molière’s provocative French classic comedy is created by BAFTA and Emmy Award-winning writers Anil Gupta and Richard Pinto (The Office, Goodness Gracious Me, The Kumars at No.42, Boomers).

Set in the Pakistani Muslim community in Birmingham, Tartuffe tells the story of charismatic chameleon, Tahir Taufiq Arsuf, a Rasputin for the 21st Century armed with a Twitter handle and the gift of the gab. The production is directed by Birmingham-born Iqbal Khan, following his recent RSC productions of Othello and Antony and Cleopatra.

The title role (or, as he is known in this production, Tahir Taufiq Arsuf) is played by Asif Khan, who returns to the RSC having played Captain Jack in the sell-out production of Richard Bean’s The Hypocrite, produced with Hull Truck as part of their year as 2017 City of Culture. Asif’s other theatre credits include: A Passage To India (Simple8/Royal & Derngate/Park Theatre); Love, Bombs & Apples (Edinburgh Festival Fringe, International Tour); and Handbagged (UK Tour 2015, Tricycle Theatre/Eleanor Lloyd Productions). His TV credits include Diana & I (BBC2), Love Type D (Feature film to be released soon) and Spooks(Series 10).

Iqbal Khan, the production’s director, said, “I am excited by the potency of setting the play in a modern Islamic family and in a community under pressure, where religion is so problematically the thing that identifies them. This great play retains its relevance and satiric bite when the religious context is acute. Tartuffe is the archetypal confidence trickster, someone who preys on the vulnerability of others. He is the deft manipulator, branding himself and the truth. In a world that is increasingly complex there is great consolation in those who provide concrete and simple solutions, the entrepreneurial iconoclasts! I’m a Brummie and born into a Pakistani Islamic family, so this feels like a very personal journey to undertake.”

Tartuffe is designed by Bretta Gerecke, and the music for the production is composed by Sarah Sayeed. Lighting is by Richard Howell with sound by Jeremy Dunn, and movement by Shelley Maxwell.

Find out more at book tickets at https://www.rsc.org.uk/tartuffe/