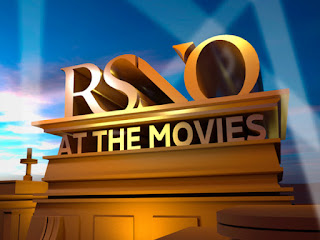 Music from the latest Star Wars film Solo - A Star Wars Story will be performed live for the first time outside of the USA this week, by the Royal Scottish National Orchestra (RSNO) to audiences in Edinburgh, Glasgow and Dundee...

The RSNO will present the Rest-of-World premiere of a theme written by multiple award-winning composer John Williams for the latest Star Wars film, Solo - A Star Wars Story. The new piece, entitled The Adventures of Han will feature in Classics at the Movies and will appear at the Usher Hall, Edinburgh on Friday 15 June, the Glasgow Royal Concert Hall on Saturday 16 June and at the Caird Hall, Dundee on Sunday 17 June.

The Rest-of-World premiere of The Adventures of Han follows the World Premiere which was performed by the Boston Symphony Orchestra and conducted by the composer last month.

The score for the latest Star Wars film was written by English composer John Powell, though John Williams created The Adventures of Han theme for the film, reportedly his final contribution to the music of the Star Wars series.

Classics at the Movies is a new concert programme conducted by Richard Kaufman, frequent collaborator with the RSNO. Richard was formerly a musician in John Williams’ orchestra and has played on original movie scores such as Close Encounters of the Third Kind and Jaws, the latter the RSNO will perform accompanied by the screening of the 1975 Spielberg film as part of the Edinburgh International Film Festival next week.

Earlier this year the RSNO performed the Rest-of-World Premiere of music from the eighth Star Wars film The Last Jedi, as part of its The Music of John Williams concerts in Edinburgh, Glasgow and Dundee.

Classics at the Movies also features established classical music adopted as film scores for some of the most memorable movies of the past fifty years, including 2001, A Space Odyssey, Trainspotting, Raging Bull, Apocalypse Now, Alien and The Blues Brothers.

RSNO Director of Artistic Planning and Engagement Bill Chandler: “John Williams has been a fantastic supporter of the RSNO for many years and it is testament to this relationship that he has given his blessing for us to be the first to perform this music after him. Conductor Richard Kaufman has been instrumental in bringing this to fruition and it promises to be a real treat for those attending our concerts in Edinburgh, Glasgow and Dundee this week.”

The RSNO performs Classics at the Movies with conductor Richard Kaufman at the Usher Hall, Edinburgh on Friday 15 June (7.30pm), the Glasgow Royal Concert Hall on Saturday 16 June (7.30pm) and at the Caird Hall, Dundee on Sunday 17 June (3.00pm).

For more information and to book tickets visit www.rsno.org.uk.