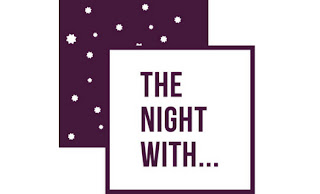 Once a month from August to November, spend an evening in the pub in Edinburgh, Glasgow and Aberdeen, with music by some of the finest new-generation composers, performed by top instrumentalists and singers, thanks to composer Matthew Whiteside and The Night With...

The idea, according to Creative Scotland, is to hear interesting live music, discover new composers and hear things you didn’t know you might like in a completely informal setting. Concerts each have three very short sections of thirty minutes or less, with new music, old music done in a new way and mainstream artists’ music with a twist.

There are four different programmes which include world premieres by Claire McCue, Peter Gregson and Matthew Whiteside. There will also be a premiere resulting from the Call For Scores which invites composers anywhere in the world to submit a new work for the female vocal trio, Juice Vocal Ensemble. One piece will be selected from the submissions, workshopped then premiered in the final The Night With… in November.

Composer Matthew Whiteside curator and creator of The Night With… said “I’m delighted we are able to present another season of The Night With….and I have had a lot of fun putting the programmes together to showcase some extraordinary composers and musicians. There’s such a mix of all kinds of music and influences in these programmes, that we can’t say it’s one particular genre or category. I prefer to say it’s all just ‘music’ so come and listen.”

Alan Morrison, Head of Music, Creative Scotland, added “Scotland is a hot-house for stimulating, genre-bending new music being made by adventurous composers and performers. Over the past few years, The Night With… has brought the best of this work to new audiences in venues well away from the concert-hall circuit, opening eyes, ears and minds to what music can be. Creative Scotland is delighted to support a third season during which The Night With… will boldly expand its reach even further afield.” 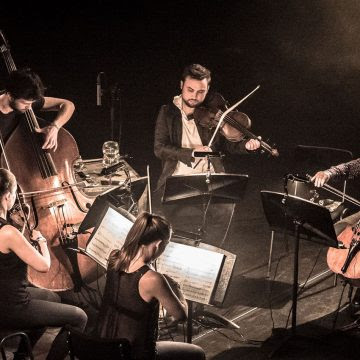 The first Night With… is Wooden Elephant, a string quintet led by violinist, Ian Anderson. Their programme includes Radiohead, and an acoustic version of Björk’s Homogenic for string quintet and a variety of surprising objects including wine glasses, tuning forks, steel, wood, kitchen foil and a kazoo. (8.00pm: 7 August Glasgow & 8 August Edinburgh (Part of The Fringe)).

The first trip to Aberdeen is in October, part of the soundfestival, with a programme featuring clarinettist Joanna Nicholson and soprano Frances Cooper, Turning the Elements. This includes the second world premiere of the series, Matthew Whiteside’s new piece with words by Helen Grøn, and settings by Rebecca Roweand Stuart Murray Mitchell of four poems by Scottish poets Jane McKie and Stewart Sanderson. (8.00pm: 8 October Glasgow; 9 October Edinburgh; 31 October Aberdeen)

The Night With… Juice Vocal Ensemble, a three-piece female a cappella group, who are at the forefront of the UK’s experimental/classical scene. As well as the premiere of Glasgow composer, Claire McCue’s new work, we hear the resulting premiere of the piece selected from our Call For Scores, following Juice’s open workshop session earlier in the day. (8.00pm: 13 November, Glasgow & 14 November Edinburgh)


Listen to Björk’s Hunter, as reimagined by Wooden Elephant

£10 (£6 conc.) £30 city season ticket available on the door and from www.thenightwith.co.uk

The Night With… James Turnbull Oboe and electronics

The Night With… Turning the Elements

The Night With… Juice Vocal Ensemble