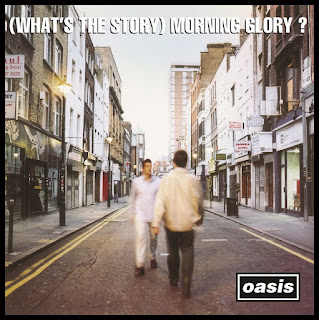 David Ames digs through his music collection to count down his top ten favourite albums in a specific music genre. This time, he salutes those about to rock and at #9 it's Oasis with (What’s the Story) Morning Glory?...


Find the other albums in David's Genre 10 Rock Albums

I remember the first time I heard this album. I was eleven years old, sitting in my father’s black blazer, in the blazing October sun, and “Wonderwall” came on the radio. I was entranced, taken back by the sheer British-ness of the sound. It reminded me of the Beatles at a time when I first started really listening to them. Weeks later, I also heard “Champagne Supernova” on the radio as well and my stake in Oasis was placed. My dad bought me this album that Christmas (1995) and I listened to this album on repeat for weeks. As the years progressed and the infighting between the Gallagher brothers increased dramatically, I would always refer back to Morning Glory and enjoy a time when, at least I wasn’t aware of their anger and spite. This album is a wonderful mix of classic rock staples like electric guitar and drums, but it also has heavy usage of strings and piano. It really is a full album and can be listened to in its entirety. It feels like a much older album in that way that things relate to their past and influences so strongly that you can’t help but feel transported. (What’s the Story) Morning Glory? does this for me. Give it a listen and be transported back to a simpler, some would say better, time in music.


“Don’t Look Back in Anger”