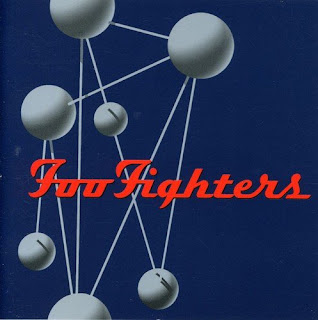 David Ames digs through his music collection to count down his top ten favourite albums in a specific music genre. This time, he salutes those about to rock and at #7 it's The Colour and the Shape of Foo Fighters...

#7: Foo Fighters – The Colour and the Shape

The Foo Fighters have been a force to be reckoned with in the rock world for over two decades now. My first introduction to this band was from a good friend of mine, a drummer named Scot, who was a massive fan of Nirvana. He actually heavily influenced my musical taste as he first introduced me to a lot of the bands on this list, including my number one. We would sit up in his room and listen to a plethora of music. He would show me his favorites and I would jot down names to look up and enjoy later. He introduced me to Bush, Foo Fighters, Blink 182, KoRn, Type-O-Negative, and many others and I am forever in his debt for showing me that heavy music and rock were genres to be appreciated. I honed my guitar playing skills learning Offspring songs in his basement. All of this just goes to show how important his opinion was to me. Therefore, when he talked about his favorite drummer and how he started a new band, one where he recorded all the instruments, I was immediately drawn in. The Foo Fighters’ first album was great but The Colour and the Shape is their masterpiece in my opinion. In strictly musical terms, the album rocks on numerous fronts. It is heavy, it is poppy, and it is even touching. Dave Grohl wrote some of their best music for this album, songs which are still in heavy rotation in their live set (I saw them last year and they played almost all of the songs below). If you want a good, classic hard rock album that feels like the mid-90s but without some strange “post-grunge” feel, pick back up this album.