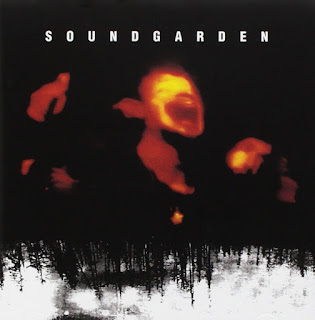 David Ames digs through his music collection to count down his top ten favourite albums in a specific music genre. This time, he salutes those about to rock and at #4 it's Soundgarden's Superunknown...

As a child of the late 90s, there are certain names that come to mind when one mentions the greatest frontmen of an era. For me it is easy to say people like Eddie Vedder, Kurt Cobain, Layne Staley, Scott Weiland, and any other artists who emerged at a time when my musical tastes were developing. Then again, one name stands above the others strictly in vocal talent and that name is Chris Cornell. His voice was beautiful and haunting but above all else, it was insanely powerful. He could blast the deep notes like Weiland but overpower even the likes of the god-status declared to Staley. Soundgarden has, since I discovered them, been one of my favorite bands. Musically they were a great mix of what became known as the “grunge” sound coming out of Seattle, although that term is somewhat derogatory when dealing with bands like Soundgarden, Pearl Jam, and Alice in Chains. Soundgarden had the blues feel and musicality of Pearl Jam but the heaviness and power of Alice in Chains and they soared above all in the realm of vocals and weird timing. They were borderline metal in a lot of ways, progressive rock in many others. Superunknown has many of their more famous songs, including my favorite of theirs, “The Day I Tried to Live.” With the sad passing of Chris Cornell almost two years ago, pick this album up and bask in the glory that is this album and his immense talent, as well as that of the brilliant Kim Thayil, Ben Shepherd, and Matt Cameron, who together create a sound that we will doubtfully ever hear again.