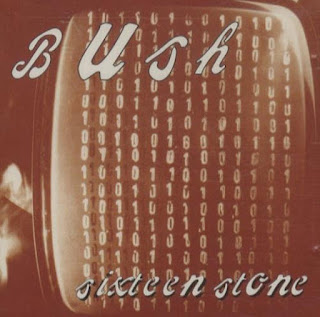 David Ames digs through his music collection to count down his top ten favourite albums in a specific music genre. This time, he salutes those about to rock and at #1 it's Sixteen Stone by Bush...

We have reached the end of the Rock list and there was no question in my mind that this album would be the number one. I know that I will catch flak from people for listing Bush as my most influential band as many people call them derivative and “post-grunge” and a bunch of other monikers that sully their name but to those people, I say fuck off. Bush was the reason I wanted to start playing music, the reason I picked up a black and white Fender Stratocaster (because I saw Gavin Rossdale use one once), the reason my life from the age of 12 was dedicated to rock music. They may have been a band in the mix of a genre saturated with other groups, but to me, Sixteen Stone will forever hold a special place in my heart. “Glycerine” was the first song I ever learned how to play, “Comedown” was the first song I ever attempted to sing, and the band as a whole was easily my favorite for almost a decade. I will never say an unkind word about the band that made me want to do this thing, to create this music that I still strive to write today. Gavin Rossdale’s voice was amazing, a rasp and break in all the right spots, and the mix of power chords, a heavy handed rhythm section with drummer Robin Goodrich and bassist Dave Parsons, and the tasty slide leads played by Nigel Pulsford all go together to make an album that is as important to me as a Led Zeppelin or Beatles or Nirvana record may be to others. Without a doubt, Sixteen Stone has been the most influential album of any genre ever for me.