Turn That Noise Down - Rod Stewart 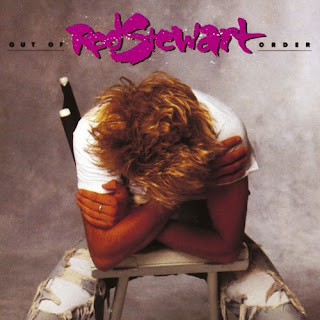 So many well-known albums turn 30 this year and Steve Taylor-Bryant and Susan Omand travel back to 1988 to revisit some of the sounds of their youth that made parents shout "Turn that noise down!" This week Susan gets a bit Out of Order...

I must admit I have a bit of a soft spot for the pseudo-Scot Rod “the mod” Stewart – tartan, leopardskin and all. Musically not a man to have stuck with a signature style, he’s gone from 60’s mod, through glam rock, disco, power ballads and jazz in his time and now has become the distinctive voice of The Great American Song Book. But I think Out of Order, his 15th solo studio album, deserves to be a lot more heralded than it currently is, not least because of the involvement of Andy Taylor (he of Duran Duran and The Power Station). No, I’m not kidding, Andy Taylor and Power Station cohort Bernard Edwards produced the album. Taylor also co-wrote many of the tracks and played on the recordings. Indeed, critics at the time were divided over this album, some calling it a return to form for rocking Rod, others saying it sounded too much like the Power Station (I would count this more as a compliment rather than an insult, mind you).

The tracks on the album still manage to encompass a variety of styles though. There’s the Celtic rock of Forever Young that reminds me so much of Runrig and the oh so 80’s ballad My Heart Can’t Tell You No, which incidentally was co-written by the late lamented Simon Climie. At the other end of the scale there are superb covers, firstly of the blues standard Nobody Knows You When You’re Down and Out, which is wonderfully unrecognisable having been seriously rocked up, and also the beautifully slushy 1930s classic Try a Little Tenderness which hinted at his musical direction to come. The album isn’t perfect though – Crazy About Her should get skipped over unless you can deal with disco-rapping Rod.

He comes into his own though when he gets back to good old fashioned rock music. Lethal Dose of Love and the lyrically controversial Almost Illegal both smack hard of 80s Aerosmith and Dynamite is, well, absolute dynamite!