Turn That Noise Down - Living Colour 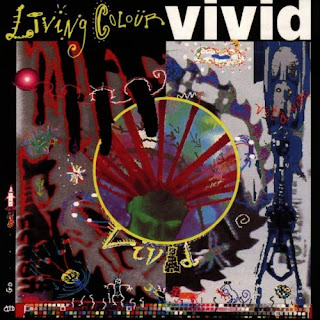 So many well-known albums turn 30 this year and Steve Taylor-Bryant and Susan Omand travel back to 1988 to revisit some of the sounds of their youth that made parents shout "Turn that noise down!" This week Steve's memories of Living Colour are Vivid...

On occasion you witness true, remarkable slices of history happening and Vivid from New York’s Living Colour is one such occasion. Never before or since has a debut album opened with one of the greatest rock songs ever committed to the echelons of music. Fact. Cult of Personality is one of, if not the best, examples of heavy rock ever written. Fact. This one song is lyrically superior to 99% of rock songs ever written and it’s musically as tight as you’d expect from a veteran band well honed in their craft. Except Living Colour weren’t veteran, they were new. It contains political messages in both its storytelling and its clips of dialogue that transcend time, and it's utterly enjoyable from all aspects of instrumentation. Living Colour burst onto the scene not looking like a rock band, certainly not dressing like a rock band, but ready, willing and able to raise the bar for everyone. And I’ve not even mentioned the rest of Vivid yet!

Middle Man is another rock gem, Desperate People is just brilliant and tiring to drum along to, Open Letter (to a Landlord) is stylish and soulful and just stunning to listen to, Which Way to America is as funky as you like with a distorted edge, in fact I can’t find a weak track. It’s a near perfect album. I’m not sure if the copy I had on cassette all those years ago contained any of the live tracks and covers that today’s downloaded version does but if you get a chance, listen to Living Colour’s version of Should I Stay or Should I Go.

In the main though, Cult of Personality. It’s all about this remarkable song from a remarkable band.