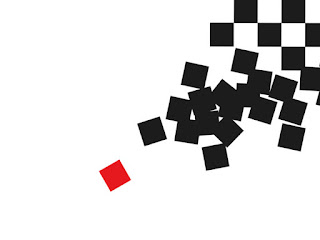 Tony Cross made the opening move to check out the musical Chess at The Coliseum in London recently...

So, I wasn’t quite sure what to expect here. A musical (loosely) based on Spassky v Fischer? About Chess? It seemed a little odd to me, although my pre-existing fascination with the whole Spassky v Fischer story made it seem potentially interesting.

And it is thoroughly entertaining.

It’s got a good cast doing fantastic work. I have never seen Michael Ball perform live before and that led me to seriously under-estimate how good his voice is. Ball plays Anatoly Sergievsky, the Russian Chess player who initially seems a little dull in comparison with the American, Freddie Trumper, played by Tim Howar with some zest. There’s an interesting contrast in singing styles between Ball and Howar. Indeed, between Howar and almost everyone else. Howar’s doing ‘rock’ and everyone else is doing ‘stage musical’.*

Trumper is a bit of a dick.

The first-half is basically about Trumper v Sergievsky and is OK. The second-half really kicks up a gear.

I should note here that I went to see Chess as part of my ongoing education in musicals by Dr Carrie Dunn. We have a regular discussion before seeing any musical where I make a guess at how many songs I would know from the musical we’re about to see. I thought one for this – One Night In Bangkok – as it had been a hit single when I was a kid. Carrie knew I’d know two. And I did. Because this is the musical that features ‘I Know Him So Well’. Now, I’m wasn’t the biggest fan of ‘I Know Him So Well’ as a single, but in context it’s a fine song and Alexandra Burke and Cassidy Janson, playing Svetlana Sergievsky and Florence Vassy respectively, sing it magnificently.

Both Burke and Janson are fantastic. They sing so well, which when reviewing a musical seems like damning with faint praise but they’re great.

As is the ENO chorus. I go to the ENO a lot and the Ensemble/Chorus is always good.

The story? Man meets Man. Play Chess. During the process man meets woman. Fall in love. There’s defection, deception and desperation and it doesn’t end quite how I expected it to, but I’m not going to spoil that because you should go see it for yourself.

I should also take a moment to give some praise to the whole thing as a spectacle. It feels like how I imagined West End musicals were supposed to feel. As with all things I review the most important question is did I enjoy it. Yes. It didn’t blow my mind, but then not every piece of art or entertainment can. To paraphrase Prince Hal, if every play were mind-blowing then to have your mind-blown would be as tedious as…well…something tedious. Hey, not every idea I’m reaching for is within my reach. But I was entertained. And that, in the end, should be enough.


*I know what I mean by this. I apologise if you don’t.

Chess is on at the Coliseum in London until 2nd June. Find out more and book tickets HERE.
Email ThisBlogThis!Share to TwitterShare to Facebook