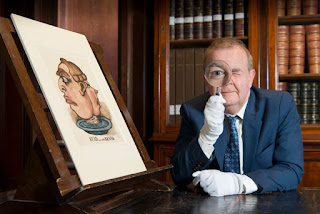 Ian Hislop has been on a mission to find stories of dissent, subversion and satire hidden within the vast collections of the British Museum, for a new exhibition this autumn...

The Citi exhibition I object: Ian Hislop’s search for dissent, which runs from 6th September 2018 – 20th January 2019, will see the journalist, historian and broadcaster showcase over 100 objects that challenge the official version of events and defy established narratives. With items spanning three millennia - from ancient Mesopotamia in 1300BC to the 2016 Presidential election - the exhibition demonstrates that humans have always subverted concepts of authority.

As guest-curator, all objects in the exhibition have been hand-picked by Ian, ably assisted by British Museum curator Tom Hockenhull. Ian’s diverse and eclectic choices are drawn from across the British Museum’s collection and from all corners of the globe, and include everyday items alongside finely crafted works of art. Many will be on display for the first time and together are evidence for the power of objects and their potential to carry messages about histories and stories that go against the mainstream.

Ian said, “This is a fresh look at the collection that turns up a treasure trove of dissent in the midst of the conformity. At first sight the British Museum seems to be a reinforcement, if not a celebration, of authority – of history’s rulers and their artefacts. But from ancient civilisations through to our own, there are extraordinary objects that bear witness to someone questioning the authorised version of their times and deciding to make a small though often lasting protest”. 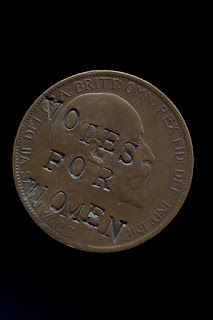 Some objects in the exhibition are obvious in their messaging, such as an Edwardian coin that has been defaced with the slogan ‘Votes for Women’ by a suffragette, or the 18th Century satirical British prints showing George, Prince of Wales, the future King George IV, as an obese and uncouth man with a love of banqueting, booze and women. But many other objects in the show convey a concealed meaning, often because they have been produced in environments where dissent is dangerous. Examples of these include an ornate silver-gilt salt cellar made during the English Reformation which conceals Catholic religious imagery, in defiance of Protestant legislation at the time; a raffia cloth from Democratic Republic of Congo which subverts the image of a leaping leopard, symbol of Zaire’s military dictator Mobutu Sese Seko; and an innocuous painting of two owls, created by an artist in response the persecution they suffered after their previous work of a single winking owl was interpreted as a harbinger of doom by the monitors of Mao’s Cultural Revolution in China. Alongside these are also objects which test the boundaries of permissible dissent, such as a Roman oil lamp depicting a female having intercourse with a crocodile which was possibly propaganda directed against Queen Cleopatra, while a papier-mâché skeleton of a factory owner shows the public mockery of authority figures is permitted during Mexico’s Day of the Dead festival. 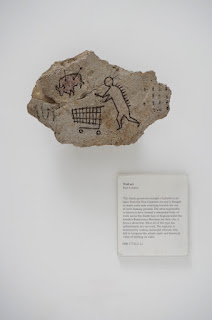 The Museum itself doesn’t avoid censure, as a highlight of the exhibition will be an artwork by Banksy which was secretly ‘installed’ by the artist in the Museum in 2005. The hoax piece, called Peckham Rock, returns to the Museum on loan, 13 years after being placed in one of the galleries by the anonymous graffiti-artist and lying undiscovered for three days alongside its mock information label. It was returned to Banksy shortly after its discovery, but after having featured in the artist’s exhibitions in London and Bristol, it goes back on display at its original home for this exhibition - this time with the Museum’s permission. 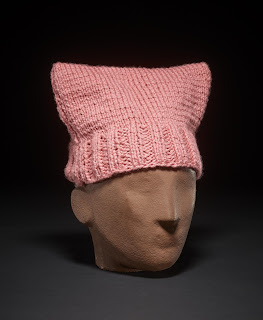 Also on display will be items of dissent from contemporary movements and events which have dominated headlines around the world. One of the most well-known will be a pink knitted ‘pussyhat’ - newly acquired by the British Museum for this exhibition - which was worn at the Washington DC Women’s March on 21 January 2017 in protest against the policies of newly-elected President Trump.

Hartwig Fischer, Director of the British Museum, said “We’re thrilled to be working with Ian on this fascinating and important exhibition. Ian is one of the most recognisable satirists in the country and for over 30 years has dissented against the British establishment as editor of Private Eye. There is nobody better placed to help us find the stories of dissent often hidden within the British Museum’s collection. And at a time when politics and social issues are more fractured than ever, this is the perfect time to highlight the important role that objects can play in challenging established narratives and ideas. We are grateful to Citi for their long-term support and for making this exhibition possible.”

James C. Cowles, Chief Executive Officer, Europe, Middle East & Africa, Citi added “We are proud to continue our partnership with the British Museum through our five-year Citi Exhibition Series. With I object: Ian Hislop’s search for dissent, the Museum and Ian Hislop take the opportunity to use this truly global collection to ‎demonstrate how personal expression has the power to make change and drive progress”.

The exhibition will be preceded by a three-part series of the same name on BBC Radio 4. Presented by Ian Hislop and broadcast in August 2018, the series will include objects featured in the exhibition and expand on some of the narrative themes.

The Citi exhibition I object: Ian Hislop’s search for dissent is also the first exhibition for which the British Museum is offering ‘early bird’ tickets. All non-concession tickets can be pre-booked at a discounted rate of £10 until 17 August 2018. See the British Museum website for more information

Edward VII penny, 1903, defaced with the slogan “Votes for Women”. © The Trustees of the British Museum

Banksy (born 1974), Peckham Rock, UK, 2005. This object was secretly placed in a gallery at the British Museum by the artist in 2005 and was undiscovered for three days. © Banksy c/o Pest Control Office