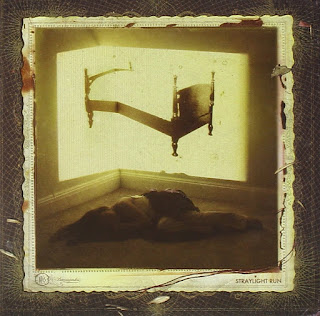 David Ames digs through his music collection to count down his top ten favourite albums in a specific music genre. For his second genre choice, David gets emotional about Emo/Post Hardcore...

The next genre on this list takes me back to my junior high and high school days. Few genres can better express the feelings of an angsty teenager than Emo/post hardcore. A lot of bands get lumped into this genre so be prepared for some music you may not necessarily feel are good representatives of the style. Like bands that were lumped together with the grunge era, many bands that came out in the late 90s and early 2000s were associated with this movement. For my purposes here today, I am talking about a group of albums that were influential to me at that time and from then on. Emotional and usually clever/intelligent lyricism is a staple of this genre, along with punk and pop influences. There are even elements of screamo present on this list. Hopefully you will recognize some of these albums and if you’re like me, the part of your brain that recognizes nostalgia will be buzzing with activity.

When I first discovered Emo, I was about 15 and was listening to a healthy dose of hard rock. One day, I happened across Taking Back Sunday’s “Ghost Man on Third” and an entirely new world was opened up to me. Taking Back Sunday became my favorite band in the genre and as their second album was being released, I found out that one of their guitar players/songwriters had left and started their own band. Straylight Run was a more scaled down, less punk-influenced emo band which had a lot more piano and melody than Taking Back Sunday and I was enthralled from the first single. The music on their self-titled album is beautiful; there is really no other way to say it. The album was so important to me growing up that “Existentialism on Prom Night,” still gets regular play once or twice a week in my world. Because lyrics are such an important part of emo music, I will also include some of the best lines from this album:

“There are moments when
When I know it and
The world revolves around us
And we're keeping it
Keep it all going
This delicate balance
Vulnerable, all-knowing.”

“Mistakes We Knew We Were Making”