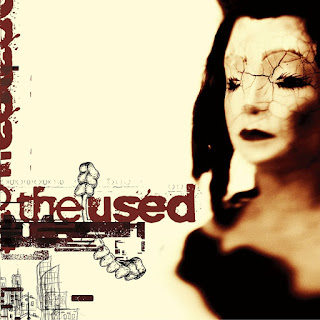 David Ames digs through his music collection to count down his top ten favourite albums in a specific music genre. For his second genre choice, David gets emotional about Emo/Post Hardcore. At #5, it's The Used...

The Used was another of those bands that I discovered half way through high school. Unlike most of the bands on this list, The Used incorporates a lot of screaming, especially on the first album. I remember watching them live and seeing Bert McCracken scream so hard that he made himself throw up. Right then, I knew I was in for a show. They were amazing live and although their sound changed quite a bit over the years, their first album will always be part of the soundtrack of my youth. This record is gritty and raw and aggressive and the music comes together in a great mix of complicated technical playing and huge, full chord choruses. There is also a great mix of both heavy and softer songs for the listener who doesn’t like full on aggression. Check this album out and enjoy all that teenage angst and pure, sporadic energy.

“A Box Full of Sharp Objects”