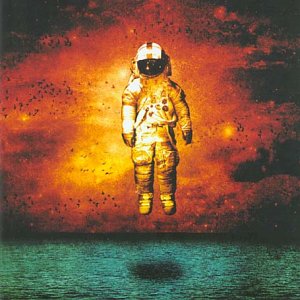 David Ames digs through his music collection to count down his top ten favourite albums in a specific music genre. For his second genre choice, David gets emotional about Emo/Post Hardcore. At #2 he's already heard Deja Entendu...

Ughhhhhhhh…Brand New is so damn incredible, releasing so many albums that personify not only the genre but also the mind of an anti-social teenager. Jesse Lacey may be one of my most cherished lyricists and although he has suffered some severe issues in the public light in recent years, this music will forever hold a place in my heart. The themes span from date rape (by a girl) to angst to depression and more Deja Entendu is not my favorite of their albums (The Devil and God are Raging Inside Me holds that honor) but this album is the most influential of theirs. It is like a darker, more aggressive Taking Back Sunday which is appropriate considering the beef between the two bands which plays out over both of the bands’ debut records. I can’t sing the praises of this album enough but to whet your appetite beyond just the songs below, I am going to post some great lyrics from different songs on this album. You HAVE to give this one a listen.

“And we learn as we age
We've learned nothing
And my body still aches
And you take cause they give
Though I love you
And my body it leaks like a sieve.”


“If looks could really kill, then my profession would be staring
Please know we do this cause we care and not for the thrill
Collect calls to home to tell them that I realize
that everyone who lives will someday die and die alone”

“The Quiet Things that No One Ever Knows”