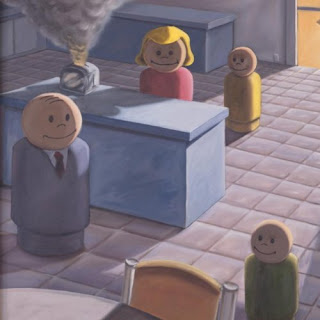 David Ames digs through his music collection to count down his top ten favourite albums in a specific music genre. For his second genre choice, David gets emotional about Emo/Post Hardcore...

The next genre on this list takes me back to my junior high and high school days. Few genres can better express the feelings of an angsty teenager than Emo/post hardcore. A lot of bands get lumped into this genre so be prepared for some music you may not necessarily feel are good representatives of the style. Like bands that were lumped together with the grunge era, many bands that came out in the late 90s and early 2000s were associated with this movement. For my purposes here today, I am talking about a group of albums that were influential to me at that time and from then on. Emotional and usually clever/intelligent lyricism is a staple of this genre, along with punk and pop influences. There are even elements of screamo present on this list. Hopefully you will recognize some of these albums and if you’re like me, the part of your brain that recognizes nostalgia will be buzzing with activity for the next two weeks.

Although Sunny Day Real Estate was one of the forerunners and pioneers of the Emo genre, I sadly had not really listened to them until much later than their initial album release. Diary was released in 1994 and received critical acclaim from many sources. I wasn’t lucky enough to hear this album until 2004 but I was blown away when I finally did. You can hear where certain bands like Thursday, Glassjaw, and At the Drive-In drew their influence when you listen closely to the musical and vocal stylings of Sunny Day Real Estate. The mix of punk and dissonance is a great introduction into what makes emo such an interesting genre. Unlike a lot of bands from Seattle at this time, there is a certain urgency that permeates the music. The album is powerful and emotional and everything that you would want if you were 16 and didn’t quite understand the world or your feelings. It is like they bottled teen angst and released it in record form.