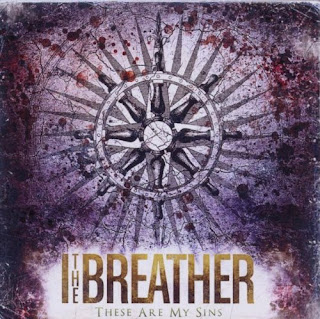 David Ames digs through his music collection to count down his top ten favourite albums in a specific music genre. For his first genre choice, metalheads rejoice! At No 8, These Are My Sins by I, the Breather...

I, the Breather is another one of those bands I stumbled across by accident and immediately became a huge fan of their work. I remember the exact day I saw them. I was going to the “Scream the Prayer” tour in Dayton, Ohio to see For Today and Hundredth but when I saw I, the Breather perform, they became easily my favorite show of the day. They were aggressive and angry but at the same time hopeful. Christian metalcore is a genre that, as much as people like to mock, is heavy as hell and has a large number of great bands, two more of which you will hear about later in this list. I, the Breather’s guitar tone was the first thing I noticed about the band. Their music is a strange mix of metalcore and djent and has so many breakdowns that you can’t help but bang your head. I also met them at Warped in 2014 and they are very genuine guys, funny and kind. Their other two studio albums, 2012’s Truth and Purpose and 2014’s Life Reaper are both great albums but their first major release on Sumerian, These Are My Sins, is heavy and brutal and everything you want if you just want something to put on, crank the radio and drive.