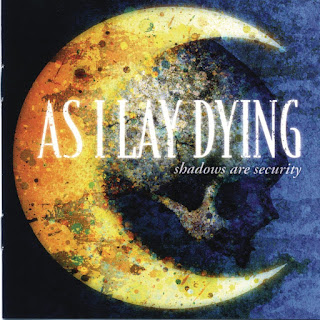 David Ames digs through his music collection to count down his top ten favourite albums in a specific music genre. For his first genre choice, metalheads rejoice! At No 7, Shadows are Security from As I Lay Dying...

#7: As I Lay Dying – Shadows are Security

As I Lay Dying was one of the first metalcore bands I really got into. I first heard of them way back when they released their first major label album, Frail Words Collapse. I used to go to a website called Shoutweb which would post singles from up-and-coming bands. They listed “94 Hours” and as soon as I heard it, I knew I would love this band. They were the second truly heavy band I really took to, after Lamb of God. Shadows are Security is their second album, and in my personal opinion, may be their best. It is beyond heavy and it is full of everything that As I Lay Dying is known for: brutal vocals, singing choruses, and breakdowns galore. The lyrics are still bordering on positive, despite the musical tone being dark; this is another band that was, for a time, a part of the Christian metalcore scene. This album is where they began to find the sound that would eventually become their trademark. If you want some good, old-fashion metalcore to rock out to, this album should be on your playlist for sure. Also, the breakdown at the end of “Through Struggle” may just be one of the best breakdowns in music.