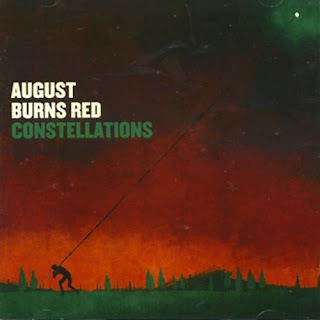 David Ames digs through his music collection to count down his top ten favourite albums in a specific music genre. For his first genre choice, metalheads rejoice! At No 6, August Burns Red with Constellations...


Find the other albums in David's Metal Genre 10.

Yet another band in the Christian metalcore scene, August Burns Red brings the aggression in a wholly different way from every band I have covered so far. My first exposure to them was seeing them on tour for their first major release, Messengers, and being shocked by the sheer scorching quality to their music. They were so heavy but at the same time, in a very Killswitch Engage-sort of way, never took themselves too seriously. They were amazing live, bringing so much energy that you couldn’t help but move with them. It was also crystal clear that they were having so much fun on stage, smiling, moving around, messing with each other, and that is refreshing in a genre that is so heavily populated by angry, disillusioned people. Constellations is a landmark album for August Burns Red, both in quality of recording and songwriting. Also, the artwork is amazing, which may seem like a small element but personally I love it. Grab yourself a copy of this album and enjoy what August Burns Red calls “Angry Music for Happy People.”

David's Genre 10 countdown will be back on Monday