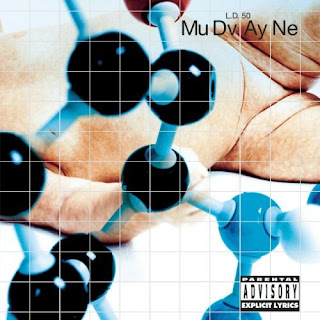 David Ames digs through his music collection to count down his top ten favourite albums in a specific music genre. For his first genre choice, metalheads rejoice! At No 3 it's Mudvayne with L.D. 50...

Mudvayne came into my life at a time when the heaviest thing I had ever listened to was probably Alice in Chains or Stabbing Westward. While they later became much bigger with lighter songs like “World So Cold” and “Happy,” Mudvayne, for me, will always be the weird, horror movie-eque metal band they were on their first album. I discovered these guys shortly after Slipknot and fell in love with the weird timings and the lyrical content which spanned from angry and aggressive to movie references and science to serial killers. Musicality is also rather impressive, especially their bassist, Ryan Martini, who may well be one of the better modern bassists. Their painted faces were also pretty cool, at least to my 14-year-old self. The album is a mix of progressive metal, metalcore, and classic rock and anyone who likes weird diversity in their music should enjoy this album. It came around at the height of the Nu metal craze but this band always stood out to me from the others of its time. I listened to this album before every wrestling tournament and if you ever listen (you’ll never get a chance because it’s terrible) to anything I wrote when I first started playing in a band, you can see Mudvayne’s imprint on it all. This album was basically the soundtrack to my sophomore, junior, and senior year of high school. Give this album a listen as you take a trip back though the early 2000s and enjoy what it was then and still is today.