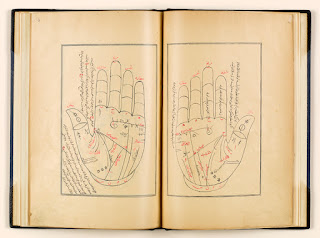 Around 900,000 images of India Office Records, Arabic scientific manuscripts, maps and sound recordings are to be made available through the Qatar Digital Library, adding to 1.5 million images already online...

The British Library, the Qatar Foundation for Education, Science and Community Development and the Qatar National Library are extending their partnership to digitise a vast range of important historical collections relating to the Gulf region.

The partnership began in 2012 and the extension, which takes the project into a third phase, will now last until December 2021 and will significantly expand a bilingual website of Gulf history and Arabic scientific manuscripts: the Qatar Digital Library (www.qdl.qa).

900,000 more images of historical material related to the Gulf will be digitised in addition to the 1.5 million images already made available online by the partnership. The Gulf-related material includes music, maps, ships’ logs, reports, letters, private papers (including the Curzon Papers), and historical publications. It also draws upon the British Library’s exceptionally rich collections of Arabic scientific manuscripts.

Researchers, academics, historians and the wider public across the Gulf and around the world will be able to delve deeper into the history of the Gulf region and explore a wealth of material, available in Arabic and English, on the website. Since going live in October 2014, the Qatar Digital Library website has had more than 1 million users and nearly 9 million page views.

Speaking at the official opening of Qatar National Library, Roly Keating, Chief Executive of the British Library, said: “One of the British Library’s core purposes is to work with partners around the world to advance knowledge and mutual understanding. Collaborating with the Qatar National Library and Qatar Foundation has enabled the British Library to make our collections relating to Gulf history and Arabic science accessible to hundreds of thousands of users across the world, fostering new areas of research and creativity, and transforming access to these important collections.”

Dr Sohair Wastawy, Executive Director, QNL, remarked: “Our partnership with the British Library has resulted in one of the largest collections of historical records on the Middle East being placed online. The QDL has been of huge benefit to researchers working on the history of the Arabian Gulf and the history of Arab science. The third phase of our on-going digitization efforts will allow scholars worldwide access to even more historical material from the British Library, which is sure to foster new and exciting scholarship on these subjects.”

Image -
Early 20th-century manuscript of a treatise on physiognomy and chiromancy (Or. 12669, ff. 2v-3r) courtesy of British Library