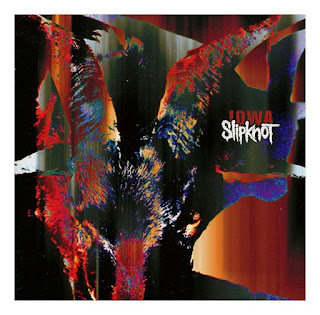 David Ames digs through his music collection to count down his top ten favourite albums in a specific music genre. For his first genre choice, metalheads rejoice! At No 10 is Slipknot's album Iowa...

In the realm of modern metal, there are few names bigger than Slipknot. Hitting the scene in 1999 with their self-titled debut, Slipknot was one of the first heavy bands I had ever heard. I ran across them originally on the Scream 3 soundtrack but was shortly thereafter shown more of their music by a friend of mine. They were angry and aggressive, fast and brutal – they pulled no punches and were as raw as I had heard at the time. I was young and impressionable and so I took to Slipknot. It wasn’t until the release of their second studio album Iowa that I became a true fan though. This album is their masterpiece. It is as blistering a record as you will find, unrelenting and scorching in its intensity. It is easily their heaviest but it still continues Corey Taylor’s amazing singing vocals. The musicianship is on par with anything they have released but the song quality and the sheer power of this album is unmatched by everything else in their catalog. If you are a fan of Slipknot at all, you have probably listened to this album before. If you have only listened after All Hope is Gone, do yourself a favor and check out this amazing piece of metal nostalgia straight from my teen years.