Turn That Noise Down - Talking Heads 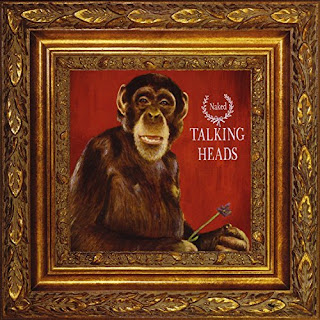 So many well-known albums turn 30 this year and Steve Taylor-Bryant and Susan Omand travel back to 1988 to revisit some of the sounds of their youth that made parents shout "Turn that noise down!" This week Susan listens to some Talking Heads...

I first came to Talking Heads, as I think almost everyone did, in the mid 80’s, at the height of their commercial success with the Little Creatures album and singles like And She Was and Road to Nowhere, with that amazing video. But I really took to the “oddness” of David Byrne and co at the time and delved way back into their back catalogue, listening to how their sound evolved from the late 70’s Psycho Killer (on the album Talking Heads: 77) onwards, so getting what would end up being their final studio album, Naked, was a no brainer for me at the time.

Listening back to it now, it strikes me how much like Paul Simon’s Graceland, released a couple of years before, a lot of the tracks at the start of the album are. The African rhythms and instruments, especially on the track Totally Nude, reminds me strongly of You Can Call Me Al and (Nothing But) Flowers is basically Diamonds on the Soles of Her Shoes. There are other tracks, like Blind and Mr Jones that are a lot more Miami Sound Machine, with a lot of deep, juicy funk in the brass and rhythm, adding heat and brightness to a really upbeat sound that you can’t help but bop along to.

And then you get to Democratic Circus, which is pretty much Under the Boardwalk style backing but with a creeping darkness in melody and lyrics and proves to be a pivot point in the feel of the album as the songs take a discordant, almost foreboding turn. From then on in the album, the sound becomes a lot more industrial, with slower steady, almost machine like, rhythms, space-ish synths and distorted guitars playing minor chords. It’s worth pointing out that, on the vinyl album, Democratic Circus is the first song on side two, so it’s almost as if there’s a concept here, whether intentional or not, with light and bright party songs on the first side and the flip side reflecting the undercurrent beneath the fluff of what’s gone before. It’s really clever when you think about it.

And that’s really what I remember most about Talking Heads– being clever, lyrically and musically. They put a lot of thought into constructing their albums and were not afraid of experimenting, improvising, trying new things and pushing so many envelopes. Yes their commercial work is great to dance to but the band created music that has a lot more depth than they probably get credit for. Talking Heads really did say a lot, so it’s up to us to start paying attention.