Turn That Noise Down - Pixies 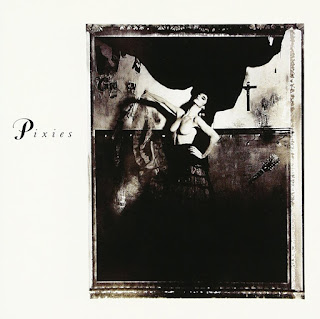 So many well-known albums turn 30 this year and Steve Taylor-Bryant and Susan Omand travel back to 1988 to revisit some of the sounds of their youth that made parents shout "Turn that noise down!" This week Steve picks Pixies and Surfer Rosa...


Pixies are one of those bands I remember loving at the time and so was excited to review Surfer Rosa. My excitement didn’t last long though. Are we all sure I liked the Pixies back in the day? The band seems to be one of those acts I definitely appreciated in the moment but that moment has now passed. This isn’t to say the album is terrible, it really isn’t, it’s just that it seems like one very long track.

I’ve since listened to the previous recording, the Come on Pilgrim EP, and the next recording, 1989’s Doolittle, and can firmly say that I like the Pixies, I like the sound of the volatility, I like the influence I can hear for later tracks by the likes of Nirvana, and I like Surfer Rosa I really do, I can’t fault musicianship or songwriting or production values, but you start with Bone Machine and end with Brick is Red and feel cheated because there is no way that’s 13 different tracks.

Perhaps the moment I was in, in 1988, was one of those where certain tracks held my attention for whatever personal reason that time and my poor memory have forgotten, perhaps I need to face my own mortality and realise that I maybe don’t like the stuff anymore that I liked in my youth, or perhaps it’s just that Surfer Rosa is just one long song that has little breaks every three minutes and is trying to convince you it’s an album. To be honest I’ll stick with Come on Pilgrim, I feel less cheated listening to that.