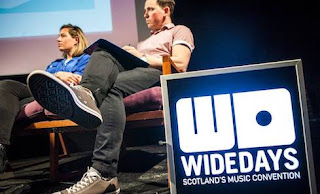 The line-up for this year's Wide Days music convention showcase has been announced...

Wide Days 2018 is to showcase a diverse snapshot of Scotland’s most exciting emerging talent as part of the award-winning convention which takes place in Edinburgh on 20-21 April.

Seven acts selected from a range of different genres, including electronic, jazz, pop and indie rock, will perform across three Edinburgh venues on the first evening with a limited number of free tickets available to the public. The acts - Graham Costello’s STRATA, Zoe Graham, Edwin Organ, Crystal, Lucia, Rascalton and Wuh Oh - were selected from over 200 applications.

Past Wide Days conventions have provided an early career springboard for artists including Honeyblood, Be Charlotte, Catholic Action, Fatherson, Scottish Album of The Year Award winner Kathryn Joseph and the Mercury-nominated C Duncan. And in 2016, Wide Days was the first UK showcase event to feature a majority of acts fronted by women. 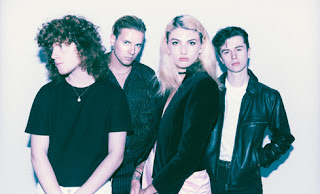 “Wide Days has established a reputation for presenting exciting new artists from Scotland, with many going on to be booked for international showcase events including Eurosonic, Reeperbahn Festival, SXSW, The Great Escape and Folk Alliance,” says the event’s founder, Olaf Furniss. “And thanks to the continued support of the National Lottery through Creative Scotland’s Open Project Fund, PRS Foundation and Eventbrite, as well as new partners DIY with Jägermeister, we are able to offer additional mentoring to all the participants.”

The line-up was chosen in consultation with a network of A&R scouts, broadcasters, promoters, journalists and festival organisers. Participating acts are provided with a package of benefits including free tickets for the conference. 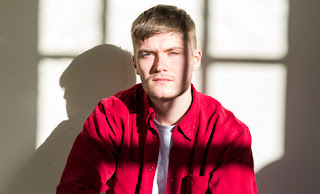 Alan Morrison, Creative Scotland’s Head of Music, said: “Getting Scottish talent onto the industry’s radar at home and abroad is central to what Creative Scotland is about, as is developing skills and knowledge within the Scottish music sector. By hosting illuminating panels by day and electrifying showcases by night, Wide Days achieves both aims brilliantly, and it’s great to be supporting this event through our Open Project Fund.”

This is echoed by Vanessa Reed, CEO, PRS Foundation: “We are delighted to be supporting the Wide Days showcase programme through our Open Fund,” she says  “It is a fantastic platform for Scotland’s most talented emerging music creators and has a strong track record with artists we have been proud to support, including Kathryn Joseph and Be Charlotte. I look forward to seeing this year’s line-up seize this brilliant opportunity.”

In addition to the some 250 music-industry convention delegates, last year’s showcases saw 1000 registrations for free tickets from members of the public. 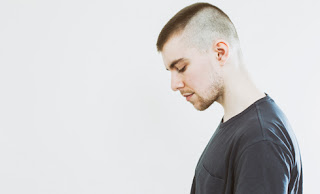 “Wide Days is one of the most important voices for Scottish music,” says Katie McPhee, Eventbrite head of marketing UK & Ireland, which is sponsoring the showcases and provides the event’s ticketing platform. “We applaud all the great work they do in championing the best of Scottish talent and are very much looking forward to meeting our partners, customers and new artists at the convention."

The showcases begin in the Debating Hall of Teviot Row House, the world’s oldest student union building which is rebranded as the Gilded Balloon during the Fringe. They continue at La Belle Angele in the heart of Edinburgh’s Old Town and finish at The Mash House next door. 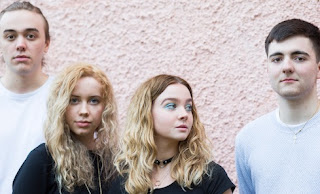 In addition to the showcases, the Wide Days conference programme includes seminars focusing on new music label models, monetising streaming, improving disabled access to venues and lessons to be learned from the metal scene. The following day is based around relaxed networking opportunities for industry delegates, including a coach tour of Edinburgh guided by Furniss and a whisky tasting. Wide Days was launched in 2010 and is hosted by Born To Be Wide CIC. In 2014 it was named Best Networking Event at the Yearly Music Convention Awards, was runner up in the same category in 2015 and was also nominated for Best Convention Venue in 2016.

Wide Days attracts key music industry players from the UK, Europe and North America and in 2017 hosted 250 delegates with a further 1000 registrations for the public-facing showcase concerts. Over £400,000 of business was generated for attendees in the five months which followed the event (based on an independent survey of a third of delegates).

In 2017 the convention achieved a gender balance in its speaker programme building on Wide Days 2016 when the majority of showcase acts were fronted by women. It recently became the first Scottish event to join PRS Foundation’s Keychange initiative which aims to establish a 50/50 split by 2022.

Acts who have previously showcased at Wide Days include Be Charlotte, Catholic Action, Fatherson, Rachel Sermanni, Elle Exxe, Scottish Album of The Year Award winner Kathryn Joseph and the Mercury-nominated C Duncan. Honeyblood, PAWS and Siobhan Wilson, all signed record deals as a result of their performances.

Parent company, Born To Be Wide, was launched in 2004, as a social evening for people in the Edinburgh music scene and in 2012 was incorporated as a Community Interest Company. It stages music business seminars, showcases and the Off The Record youth events, as well as bespoke panels for other organisations.

Find out more about Wide Days and register for tickets at http://www.widedays.com/2018-artists