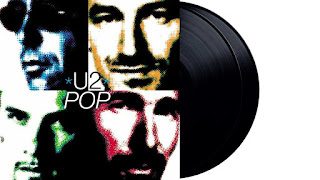 Today marks the 21st anniversary of U2's album Pop and, to celebrate, there's a vinyl re-release coming next month...


Pop was U2's ninth studio album, which reached #1 in the UK, US, Ireland and 26 other countries around the world following its release in 1997. Produced by Flood, with Howie B and Steve Osborne, the album was recorded in Dublin (Hanover Quay, Windmill Lane, The Works) and Miami (South Beach Studios). It features the singles: Discothèque, Staring At The Sun, Last Night On Earth, Please, If God Will Send His Angels and Mofo. Remastered and pressed on 180gsm vinyl, this reissue includes a download card. The artwork has been faithfully reproduced from the original release, including a gatefold sleeve, printed inner sleeves and a lyrics insert.

It's not the only U2 that's getting a new vinyl pressing though... 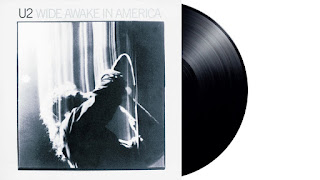 Wide Awake In America is a four-track half live/half studio EP from 1985. Originally released only in North America and Japan, it was subsequently re-released internationally in the late 1980s. Side A features live performances of A Sort Of Homecoming and Bad from UK shows on The Unforgettable Fire tour in late 1984. Side B features two B-sides from the 12" single of The Unforgettable Fire – The Three Sunrises and Love Comes Tumbling. Remastered and pressed on 180gsm vinyl, this reissue includes a download card and the artwork is a faithful reproduction of the original.

And if you still haven't found what you're looking for (sorry, had to)... 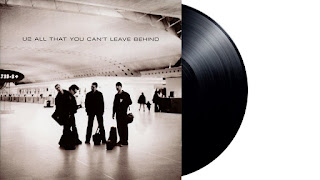 All That You Can't Leave Behind (1LP)

All That You Can't Leave Behind, the tenth studio album from U2, garnered multiple Grammy awards following its release in October 2000 and shot to #1 in 32 countries. Produced by Daniel Lanois and Brian Eno, and recorded in Dublin (HQ, Windmill Lane, Westland and Totally Wired) and the South of France, it includes the singles Beautiful Day, Stuck In A Moment You Can't Get Out Of, Elevation and Walk On. Remastered and pressed on 180gsm vinyl, this reissue also includes a download card. The artwork comprises a 16-page booklet featuring lyrics and photography by Anton Corbijn.

So loads for U2 fans to look forward to as the records come out on 13th April. At least they can't push vinyl onto an iphone.  Can they?