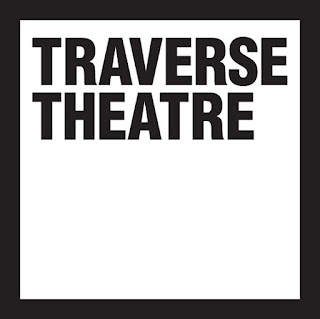 The Traverse Theatre in Edinburgh has announced the full programme for Traverse 1 during Traverse Festival 2018...

A collection of five vibrant, compelling and deeply human works, taking in a teenage girl’s coming-of-age tale from schoolgirl to indie rock star (What Girls Are Made Of); a childhood remembered through taste and smell (Nigel Slater’s ‘Toast’); a fearless exploration of race relations (Underground Railroad Game); the state and future of the NHS (Check Up: Our NHS at 70); and a haunting vision of ruthless state control (Meek).

Orla O’Loughlin, Traverse Artistic Director, said “I am thrilled to be making this first announcement about the line-up for our Traverse Festival 2018 programme in Traverse 1.This year we’ll be introducing some brand new companies to our festival audience, as well as welcoming back some firm Traverse favourites. And we are delighted to present three world premieres, one UK premiere and one Scottish premiere. The programme includes some of the most exciting artists working in the UK and internationally and it’s an honour to invite them to blaze a trail on our main stage this August. I look forward to revealing the rest of our line-up come May. We have plenty more brilliant shows, events and experiences up our sleeve that I can’t wait to share.” 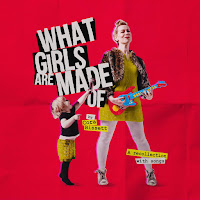 What Girls Are Made Of

Actor, musician and theatre director Cora Bissett (director of the award-winning Adam, part of Traverse Festival 2017, and star of the acclaimed Midsummer) takes audiences back to 1992 to tell the autobiographical story of her rollercoaster journey from Fife schoolgirl to indie rock star. A co-production between Traverse Theatre Company and fledgling company Raw Material, written and performed by Bissett with live backing band, What Girls Are Made Of celebrates the euphoric highs (touring with Radiohead, partying with Blur) and epic shitstorms (untrustworthy managers, £40,000 debt) of her young life. Now a mother herself, Bissett’s writing draws from her own teenage diaries to question what wisdom we should pass on to the next generation, and which glorious mistakes we should let them make for themselves. Directed by Traverse Artistic Director Orla O’Loughlin. Part of Made in Scotland Showcase 2018. 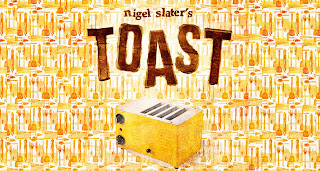 Based on food writer, journalist and broadcaster Nigel Slater’s bestselling memoir, ‘Toast: The Story of a Boy’s Hunger’ (winner of six awards, and adapted into a BBC radio production and a film starring Helena Bonham Carter and Freddie Highmore), the all-new stage version is a vivid recreation of the story of Slater’s childhood. It takes audiences on a journey through the foods and smells he grew up with – including the humble slice of toast, which his mother could be relied upon to burn ‘…as surely as the sun rises each morning’. From making the perfect sherry trifle, waging war over cakes, through to the playground politics of sweets and the rigid rules of restaurant dining, this is a moving and evocative tale of love, loss and… toast. Adapted by Henry Filloux-Bennett and directed by Jonnie Riordan. Originally produced by The Lowry for its annual Week 53 arts festival. 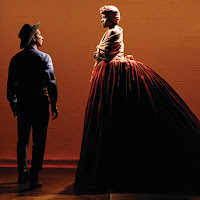 2017 OBIE Award Winner for Best New American Theatre Work, Underground Railroad Game is a fourth-wall-breaking, unfiltered examination of one America’s most toxic legacies. Created and performed by Jennifer Kidwell and Scott R. Sheppard, it uses Sheppard’s real-life fifth-grade lesson on the United States Civil War as a jumping off point. This bold and fearless comedy starts as a standard teaching exercise about the Underground Railroad and quickly spirals into social and political commentary on race relations in contemporary America. The deft creative duo dismantles the tropes of American history, revealing the underbelly of its race, sex and power politics. Developed and produced by adventurous New York theatre company Ars Nova. Directed by Taibi Magar.

Just about as busy a man as you get in theatre… Since last August, Mark Thomas has toured his 2017 sell-out Fringe show A Show that Gambles on the Future, before devising and touring a whole new show – Showtime from the Frontline – which appeared at the Traverse Theatre to a string of five-star reviews. In the short time since, Thomas has turned his attention to our very own National Health Service, with Check Up: Our NHS at 70 sparked by the realisation that, if he, now aged 54, makes it to 84, then the NHS will be 100. What will they both look like? Based on a series of interviews with leading experts in and on the NHS, residencies in hospitals and surgeries, and with theatre director Nicolas Kent, Thomas uses his own demise to explore the state we’re in – what's going wrong in our NHS, how can we fix it, and what might the future hold for us all. Directed by Nicolas Kent.

Playwright Penelope Skinner (The Village Bike and Linda at the Royal Court) marks her return to the Edinburgh Festival Fringe following the tour of her first play, Fucked, back in 2008. An unflinching and mysterious new work presented by the ever-innovative Headlong, Meek is an urgent reflection of our own fraught times, examining state control and self-control in an unknown theocratic society. With freedom of expression prohibited, and private lives interpreted as political, central character Irene finds herself imprisoned for something seemingly harmless. As tales of her incarceration spread and her growing exposure becomes a threat, she is forced to make a brutal, but brave decision, in this haunting vision of ruthless authoritarianism, tense friendships and one woman’s determination not to be broken by the impossible situation she finds herself in. Directed by Headlong’s Associate Director Amy Hodge.