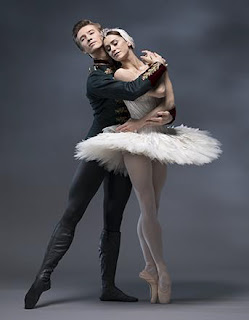 The Royal Ballet presents a new production of Swan Lake and it's coming to a cinema near you...

This May, The Royal Ballet presents a new production of Swan Lake at the Royal Opera House, with staging and additional choreography by acclaimed Artist in Residence Liam Scarlett. Director of The Royal Ballet, Kevin O’Hare, has worked closely with Scarlett on restaging this much-loved staple of the classic repertory. Incorporating new set and costume designs by John Macfarlane, Scarlett’s production breathes new life into this 19th-century masterpiece, incorporating the original choreography by Marius Pepita and Lev Ivanov as well as additional movement created by Scarlett and Frederick Ashton.

Liam Scarlett said ‘I don’t think anything will surpass the opportunity to do Swan Lake. There’s a huge gravity and weight about it just because of its predecessors for the company, so it’s mammoth. And I’m loving it.’

Set to Tchaikovsky's seminal score, Swan Lake remains one of the most well-loved and enduring works from the classical ballet canon. Premiered in Moscow in 1895, the work has had a special place in The Royal Ballet's repertory throughout its history. This new production remains faithful to the traditional narrative, incorporating contrasting acts and atmospheres as Prince Siegfried and Odette's relationship unravels under Von Rothbart's malignant influence.

Find out about Tchaikovsky's music for the ballet Swan Lake in the video below: