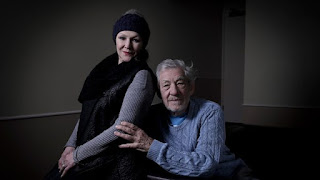 Joined by Frances Barber as his wife Elizabeth, McKellen will act as a narrator for the two-part drama, which has been adapted by award-winning British poet Michael Symmons Roberts.

Broadcast on Radio 4 at the beginning of Holy Week, Paradise Lost is one of English literature’s most seminal works. First published in 1667, the poem begins with Satan being cast into hell and portrays the Fall of Man. In this adaptation, Satan is played by Simon Russell Beale.

Sir Ian McKellen said: “One of the great rewards of this project, apart from working with Michael and Sue and Frances of course, is that I have renewed faith in the work - it is a great, great poem. Being written by a blind man it has special relevance to a radio audience, as it is all in the sound of the words, not in the look of the words on the page. I think that is the revelation to me, that if you speak Paradise Lost out loud, you’ll begin to recognise what a truly great poem it is.”