News - The Heart of Hollywood Comes to London 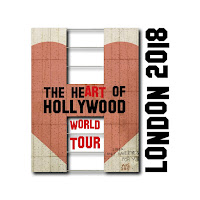 The Hollywood sign is arguably the most famous and recognisable man-made monument in the world and The Heart of Hollywood exhibition kicks off at The O2 for a month in June before visiting 60 cities around the world...

The five year long exhibition will be the world’s largest touring exhibition that celebrates the Golden Days of Hollywood. The centrepiece of the show itself is the original 45-feet (14 metres) tall, 95 ton iconic H from the original Hollywood sign, which stood tall in the Hollywood Hills from 1923 until 1978, until the deteriorating structure was replaced by a replica.

In 1923 the sign was originally erected to advertise a residential development called Hollywoodland, but then became synonymous with the glamour and excitement of the film industry in Los Angeles. The “H” symbolised everything that was Hollywood and to touch the sign was a right of passage for all aspiring actors and actresses. In 1978 the sign was in very poor condition and following a fund-raising campaign by the great and the good of Los Angeles, the sign was replaced. The original sign was placed in storage until 2007, when world-renowned artist and sculptor, Bill Mack acquired it. In 2012 Bill and his team painstakingly identified the metal panels that made the original letter H, the most significant piece of the sign.

Alongside the H will be the world’s largest touring collection of Hollywood memorabilia on loan from the Hollywood Museum and the private collection of artist & sculptor Bill Mack, the man who now owns the original Hollywood sign and is putting it to good use. He's using metal panels from the old sign as canvases for his paintings of actors and actresses from the golden age of Hollywood. You can see some of his art below. 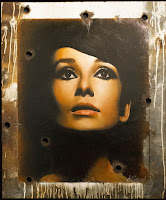 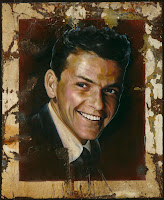 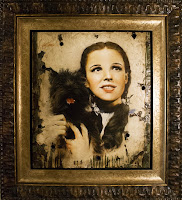 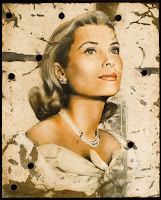 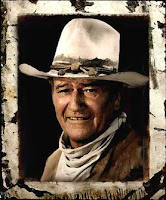 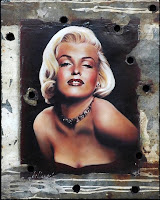 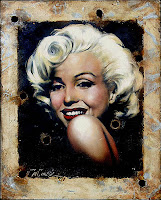 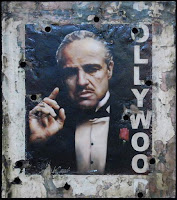 The exhibition will also celebrate the golden of age of Hollywood with over 200 items of memorabilia on public display, many for the very first time - including Marilyn Monroe's bed, Elvis Presley's jumpsuits, Clarke Gable's tuxedo from 'Gone with the Wind' and Superman’s costume.

This year marks the 40th anniversary since the ‘H' was last seen in public and the exhibition is a chance to see and touch the iconic symbol which became a rite of passage for many Hollywood stars and to follow in the footsteps of Hollywood greats like Marilyn Monroe, John Wayne, Steve McQueen, Charlie Chaplin, Great Garbo and Bette Davis who all touched the sign for good luck.


Tickets allow access to the 'H' and 'H' Show for a period of one hour - Tickets on sale from http://www.theo2.co.uk

The shows will run throughout the day from 10am to 5pm. There will be a Hollywood Memorabilia exhibition, a Hollywood Art Gallery and a platform for visitors to fully appreciate the grandeur of the 'H'. There will also be screens showing musical theatre and light shows.

Images - Heart of Hollywood
Email ThisBlogThis!Share to TwitterShare to Facebook