Turn That Noise Down - Everything But The Girl 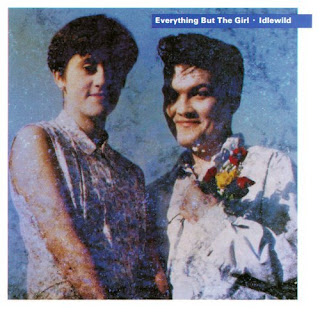 So many well-known albums turn 30 this year and Steve Taylor-Bryant and Susan Omand travel back to 1988 to revisit some of the sounds of their youth that made parents shout "Turn that noise down!" This week Steve thinks about Everything But the Girl...


Everything But the Girl are one of those acts that I just don’t remember. Until, that is, I press play on an album by them or some record label compilation and all of their songs come flooding back to me. If my life depended on it I couldn’t have named you any album titles or hit singles and yet here I am listening to Idlewild in its entirety and singing along to every song, word perfect, a feat I normally only achieve with Billy Joel tunes. Idlewild has been blasting away in my office all morning, making me happy and sad, joyful and melancholy in equal measure and it's only now, the end of my working day that I realise I haven’t actually reviewed the album, I’ve just spent eight hours feeling and singing. Singing is cool, we all do that from time to time with various artists from every genre available to us, but feeling? Feeling is new to me. I get certain emotions from back catalogues of artists I know well but very, very rarely do I get so deeply connected to myself through music by a band or artist that at the start of the day I didn’t even remember. From the beautiful rendition of Rod Stewart’s I Don’t Want to talk About It at the opening of the album, to Apron Strings at the very end there is not one weak track, not one musical slip up that I noticed or didn’t enjoy.

Stand out tracks though, there are plenty. I Was Always Your Girl, Shadow on a Harvest Moon and Lonesome For A Place I know are all outstanding slices of music in a very strong release of material, These Early Days and Love Is Where I Live were apparently released as singles and I can see why as they are certainly among the most accessible on the album, but it is Oxford Street that kept pulling me back in and made me constantly repeat the playing. Its somehow sad and happy and pretty much sums up my listening experience and my views on life and growing up, which is rather clever I think, for something that is three minutes long to get to my very core and understand me like that.

Whether Idlewild holds up or not is something for the more interested to debate, but this particular listening project has turned me inside out and back again in the most beautiful way imaginable and for that I am truly thankful.