Turn That Noise Down - All About Eve 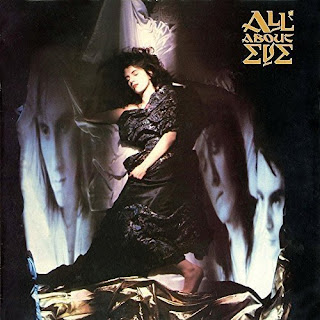 So many well-known albums turn 30 this year and Steve Taylor-Bryant and Susan Omand travel back to 1988 to revisit some of the sounds of their youth that made parents shout "Turn that noise down!" This week Susan decides it's All About Eve...

All About Eve is one of those albums that I wasn’t ready to listen to when it first came out. It was all just a bit too “grown up” sounding for me at the time and I didn’t give it the attention that it deserved. Thirty years on I’m, yes, older (thank you for pointing that out) and my musical tastes have changed, developed and diversified so I wanted to take this chance to revisit the album to see what I make of it now. However, I couldn't actually find the original 1988 album any more but I took the track listing and "rebuilt" an original playlist from the remastered version from several years later - I am assured though that it's as close to the original as made no difference (apart from not having the ticks and scratches on that the album did).

What I have discovered is indeed a very complex and mature sound – it’s not your common or garden Goth album of complete doom, gloom and artfully arranged angst. Most of the songs were written by the band themselves and musically I can hear hints of Blondie at the start of Flowers In Our Hair, The Waterboys are reflected in Gypsy Dance and there’s even a hint of ELO in Wild Hearted Woman. Don’t get me wrong, as an album it does make tremendous use of the Gothic fascination for the minor key and the archetypal crisp twang of the electric guitars. For all the note distortion in the likes of In The Meadow guitar solo for example, it’s not a muddy sound at all. But there’s a lot more going on beneath the surface than you usually find in albums that came out around the same time.

Above it all though, the bell-like clarity of Julianne Regan’s vocal adds a haunting, almost ethereal quality and nowhere is this more evident than on the one track on the album that they didn’t write themselves. She Moves Through The Fair is a traditional Irish song which has been recorded and performed by many many different artists over the years. You can really hear the Celtic influences in their treatment of it with the background drone and the bodhrain drum. But add in the almost Eastern sounding pipes and strings and the hairs on the back of your neck prickle as the ghost walks behind you unseen.