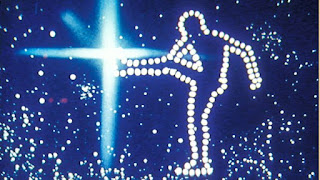 Old Grey Whistle Test Live: For One Night Only (live from 9pm-midnight, Friday 23rd February on BBC Four) is a celebration of the iconic music television show that aired from 1971 to 1988...

Presented by Whispering Bob Harris, who fronted the series from 1972-1978, and produced by BBC Studios, the show returns to its original home of Television Centre in White City in a recreation of the programme’s early incarnation for a live three-hour show with music, special guests and rare archive to mark 30 years since the legendary series was last broadcast. There will be music from Peter Frampton, Richard Thompson and Albert Lee - who all performed on the show. Bob will be speaking to them and other guests, including Dave Stewart, Joan Armatrading, Ian Anderson, Kiki Dee, Chris Difford and Danny Baker, plus singer Mollie Marriott, Pink Floyd animator Ian Emes and Mike Appleton who produced the original series.

Bob will be talking to a host of studio guests, from back room staff to musicians who performed on the show and fans who grew up with it. Other former presenters - including Annie Nightingale, Richard Williams, David Hepworth and Andy Kershaw - will also feature, sharing stories of their time on the series. There will be incredible archive footage of some of the best-loved and rarest performances from its extraordinary back catalogue, and during the live programme there will be an online viewer vote for the performance the BBC Four audience would most like to see again.

Bob Harris says: “Old Grey Whistle Test was such a magical time. It produced so many firsts for music television, whilst forging friendships for me that have lasted ever since. I can’t wait to get back in the studio and relive those wonderful memories and introduce some great new performances.”

Caroline Wright, Editor, Entertainment Projects, BBC Studios says: “Old Grey Whistle Test was one of those unique shows that always felt like it was owned by its audience, consistently attracting the biggest and most enduring bands throughout its entire run and often introducing acts to British audiences for the first time. Drawing on the show’s unbelievable back catalogue of wonderful performances and guests, Old Grey Whistle Test Live: For One Night Only will celebrate this legendary series.”

In 2011, BBC Radio 2 celebrated four decades since the series was first broadcast with a 16 part series, Old Grey Whistle Test 40. It is currently being broadcast again on Wednesdays (17 January - 2 May, 11pm-midnight). Presented by Bob Harris, each programme looks at one complete series of the original show, with archive recordings alongside both new interviews and exclusively recorded sessions with guests from the featured series. Contributors include Elton John, Stevie Nicks, Alice Cooper, Debbie Harry, Brian May, Joan Armatrading, Chris Rea, Jim Kerr and Paul Weller. Produced by The Whispering Bob Broadcasting Company.

Here's a reminder of the theme tune.