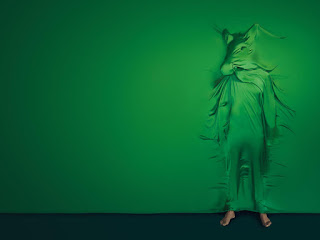 Robert Carsen’s classic operatic production of A Midsummer Night’s Dream returns to the London Coliseum next month for 6 performances...

Robert Carsen’s production of Benjamin Britten’s Shakespearean comedy returns to the London Coliseum this spring, featuring an ensemble of some of British opera’s most sparkling rising stars.

The production is the first of four works by Benjamin Britten to be performed in this fiftieth anniversary year of opera in residence at the Coliseum and highlights the historic role of the company in premiering and performing the composer’s work. The Turn of the Screw at Regent’s Park Open Air Theatre and Paul Bunyan at Wilton’s Music Hall follow later this season, finishing with a staged interpretation of Britten’s War Requiem in November.

Shakespeare’s romantic comedy, with its two pairs of lovers enchanted, switched and finally given their happy ending by fairy magic, is beautifully retold in Britten’s opera. Carsen’s bewitching nocturnal staging, with Michael Levine’s arresting dreamscape designs and Matthew Bourne’s gorgeously fluid choreography, has enchanted audiences from La Scala to Beijing since its 1991 premiere at the Aix-en-Provence Festival. This is its third revival at the London Coliseum, where it last appeared in 2004.

Shakespeare’s hapless and hilarious cast of fairies, lovers and mechanicals are given life by a group of singers closely associated with ENO, including five Harewood Artists, members of ENO’s scheme for the training of talented young singers. Harewood Artist and winner of the 2016 Susan Chilcott Award Soraya Mafi sings fairy queen Tytania in her role debut, after her ‘scintillating’ (The Daily Telegraph) performance as Mabel in 2017’s revival of The Pirates of Penzance. She is joined by countertenor Christopher Ainslie as her husband Oberon; the two also sang together in October 2017 as Cleopatra and Cesare in ETO’s Giulio Cesare. In 2014 Ainslie performed in Thebans with his most recent appearance being a ‘breathtaking’ (The Guardian) performance in Rodelinda.

Harewood Artist David Webb returns for his second engagement of the season as the young lover Demetrius following his Messenger in Aida. His Frederic in The Pirates of Penzance opposite Mafi was praised for its ‘effortless vocal lyricism’ (What’s On Stage) and considerable comic ability. Fellow Harewood Artist Matthew Durkan sings his rival Lysander in his third appearance of the season, following Fiorello in The Barber of Seville and Malcolm Fleet in the world premiere of Marnie.

Lysander’s lover Hermia is sung by mezzo-soprano Clare Presland, who has appeared in many roles at ENO since training with Opera Works, in shows which include Lulu, The Force of Destinyand Lady Macbeth of Mtsensk. She is the winner of the 2014 Susan Chilcott Award. Her rival Helena is sung by Harewood Artist Eleanor Dennis, whose role as the High Priestess earlier in the season in Aida gained wide attention: ‘she is a major talent’ (What’s On Stage).

Bottom is sung by bass Joshua Bloom, whose comic chops were demonstrated by his swaggering Pirate King in the 2015 run of The Pirates of Penzance. The non-singing role of Puck is performed by Miltos Yerolemou, who has performed the role in Carsen’s production since 2008: ‘has it all: a scorching twinkle in his eye, the richest of speaking voices and fearless tumbling skills’ (Bachtrack). Yerelemou is known to television audiences as Game of Thrones’ Syrio Forel.

Making his debut conducting the ENO Orchestra is Alexander Soddy, Music Director at the National Theatre at Mannheim since 2016. Having spent the last decade with orchestras in Germany and Austria, the English conductor has been a guest conductor at the Hamburg and Berlin State Operas as well as the State Theatre at Klagenfurt where as Music Director he last conducted A Midsummer Night’s Dream in 2015.

The Canadian Robert Carsen is one of the most prominent and influential international directors of opera of the last thirty years, originator of numerous acclaimed productions and recipient of the Order of Canada. Revival direction is by Emmanuelle Bastet, longtime collaborator of Carsen’s and revival director for the previous run of performances at the London Coliseum in 2004.

Matthew Bourne is one of the most important figures in contemporary choreography, whose work includes seminal interpretations of Swan Lake (1995) and Carmen (Matthew Bourne’s The Car Man, 2000). Designer Michael Levine has provided designs for ENO productions including The Magic Flute (2012) Between Worlds (2015) and A Dog’s Heart (2010). Lighting design is by Robert Carsen and Peter van Praet.

500 tickets for £20 or less are available for each performance. Tickets start from £12. Learn more and book tickets: www.eno.org/dream


A production of the Festival d’Aix-en-Provence and Opera National de Lyon
Email ThisBlogThis!Share to TwitterShare to Facebook