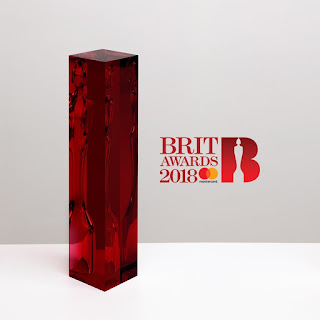 So that was the Brit Awards then. You can see how all my predictions did below but I'm claiming a bit of a victory here and (guessed, ok, guessed) at more than half of them correctly.  Stormzy and Dua Lipa were the "big" winners of the night, taking home two awards each. Our great and glorious leader here at Albiemedia, Steve, will be overjoyed that Lorde, Gorillaz and the Foos all won awards too while I kind of got stupidly excited that Harry Styles video won in the public vote - you mark my words, he's a Robbie Williams in the making, the kid is going to have a strong and unique game as a solo artist.

There were also the pre-announced awards for Critics Choice which went to Jorja Smith and Best Producer which went to Steve Mac but another award also sneaked in under the radar as Ed Sheeran was given a Global Success Award that I don't remember ever being mentioned anywhere before. Maybe they thought the poor guy needed some kind of recognition for all his hard work, since none of his other nominations resulted in a win.

As for the show itself... I haven't actually watched it all yet, I just caught up with the winners as they were announced on social media and watched a few of the clips of speeches and performances as I couldn't really face watching the thing live without being able to fast forward through it. I thought Justin Timberlake's performance was stronger than his half-time show at the Superbowl. And apparently it rained on Stormzy. 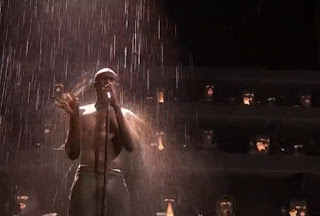 ** Gorillaz - SHOULD WIN (and DID WIN!) **
London Grammar
Royal Blood
Wolf Alice
The xx  - WILL WIN