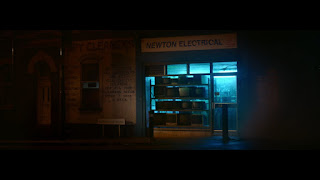 So we come to the end of our week celebrating the life and the work of David Bowie. There's so much that we haven't even mentioned - When the Wind Blows, Mr Lawrence, Peter and the Wolf, The Laughing Gnome - and there is, by all accounts much yet to be discovered (a new demo version of his 1984 hit Let's Dance has just been released for his 71st birthday but there's no video yet available in the UK).

His last new material (so far) though was No Plan. It was a single from the EP of the same name that was written for Lazarus, recorded at the same time as Blackstar and posthumously released last year (2017) to coincide with Bowie's 70th birthday.

The lyrics start "Here. There is no music here..." Oh but there is, Mr Bowie, thanks to you.