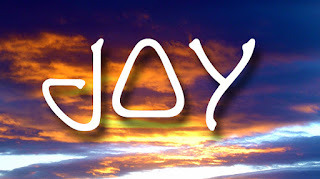 It's #JoyDay over on The DreamCage today. Susan Omand spreads the joy with a Song of the Day choice...

The first theme day of the year on The DreamCage is dedicated to things that cheer us up, things that we're looking forward to or just things that we know will bring a smile to our faces to brighten the dark days of January. You can find all of those articles here so go give them a read once you've had your own dose of Joy here on AlbieMedia, given to you courtesy of a Flash Mob performance of the fourth movement of Beethoven's 9th symphony - the Ode to Joy.

The great thing to think about as you watch this clip though isn't necessarily the music, although it is uplifting and very well played. It's the mix of people in the crowd who stopped to listen. It's the smiles, the nods, the kids climbing lamp-posts to see, copying the conducting and having fun - who says people won't listen to classical music? That's what's joyous. Music was meant to be shared like this, on the streets with the ordinary masses, not kept secret, locked away in concert halls, inaccessible to all but the elite. Give people, ALL people, especially children, the chance to listen to classical music without making it intimidating and share the joy.